home Entertainment What is Max Thieriot's Net Worth in 2021? Learn About His Earning Details Too

What is Max Thieriot's Net Worth in 2021? Learn About His Earning Details Too 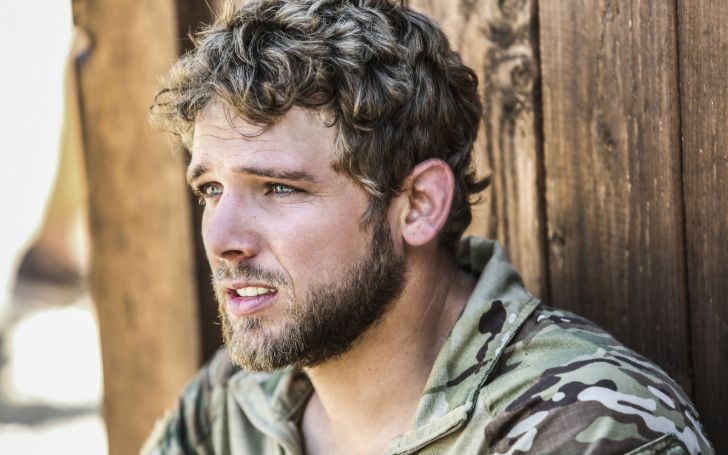 Learn about the networth of Max Thieriot's as of 2021. Here's the complete detail

Since 2017, Thieriot has been playing the role of Navy SEAL Clay Spenser in the CBS drama series SEAL Team. Max's consistent work ever since he was young has amassed a pretty impressive net worth that continues to grow each day.

Max Thieriot's early success has helped him accumulate a solid net worth of $2 million. Thieriot's acting career took off after taking an improvisation class and getting a modeling job for GAP. He was also in several smaller roles in short films before making his big-screen debut in Catch That Kid (2004), opposite Kristen Stewart and Corbin Bleu, when he was sixteen.

Max Thieriot holds a staggering networth of $2 million as of 2021.
Photo Source: Pinterest

The talented young man was getting roles in many kids' projects, but directors started casting him in dramatic roles along the way. Among the films that Theriot has worked on, his highest Grossing Movies are Jumper, The Pacifier & Point Break.

Check Out: What is Nancy Lee Grahn's Net Worth in 2021? Learn About Her Earning Details Too.

Besides being an actor, Thieriot is also a vintner. Along with his childhood friends, Christopher Strieter and Myles Lawrence-Briggs owns vineyards in his hometown of Occidental and distributes wine through their label Senses, which can be seen in the third season of Bates Motel main character is drinking Senses during a family dinner scene. Thieriot is the brother-in-law of former Philadelphia Phillies baseball pitcher Michael Stutes through his sister's marriage.

Thieriot engaged his girlfriend of seven years, Alexis Murphy. The pair met as teenagers, and Thieriot proposed during a trip to the Caribbean. On June 1, 2013, they were married in Lake Tahoe, California. The couple announced the birth of their first child, a boy, in 2015 and a second son in 2018.

Max spends a lot of time adventuring in the outdoors with his sons, and it's clear that he's exceptionally close with them, and Fans can't stop loving them on how close they seem to each other. Max is nothing but authentic and down-to-earth, and Fans love his nature; it appears as though Max is close with many people in his life.

Also See: Robert Pattinson's Net Worth in 2021- How much ' The Batman' Star Earns?

The Catch That Kid actor also maintains closeness with his Bates Motel brother, Freddie Highmore, and with the cast members of SEAL Team, who he works out with, and that's the other thing his fans love. While Max has always had a great physique, he had to get into exceptionally good shape and is ripped for his role as a Navy SEAL.