home Entertainment What Was The Reason Behind The Beatles Break Up?

What Was The Reason Behind The Beatles Break Up? 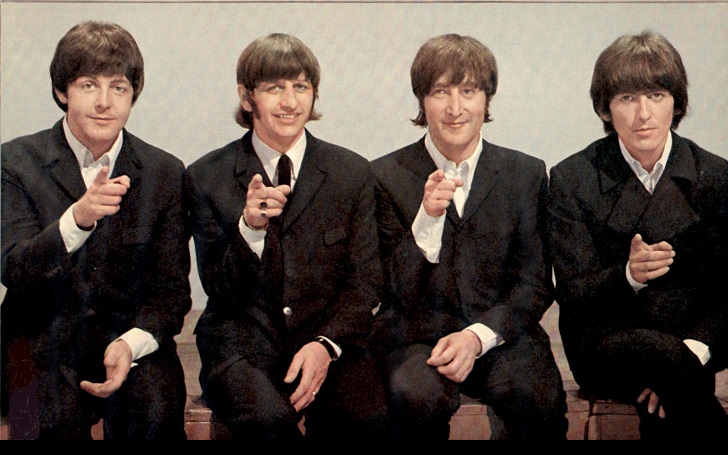 'The Beatles' was the most influential rock band of their time and quite possibly of all time. John Lennon, Paul McCartney, George Harrison, and Ringo Starr created 'The Beatles' in 1960 and began their career in 1962.

The band officially broke up in April of 1970, but it didn't begin just there. The question will always keep coming back and trouble fans — who actually broke up the band? Paul McCartney? John Lennon? Or Yoko Ono? Who left first? How did it all begin?

They didn't tour anymore after 1996

The first indication of the break-up would be in the summer of 1966. They performed their last tour show at San Francisco’s old Candlestick Park on 29th August of 1966. They needed to travel in an armored car for their protection for the gig, and they couldn't even hear each other play during the concert because of the screams of the fans. "It was just sort of a freak show."

A month before their last tour the band members struggled to get out of the Philippines, with angry nationalists waiting at the airport. They did make it to the US, but Lennon's "more popular than Jesus" line caused serious repercussions across the country, especially in the South.

There were threats and protesters would wait for them at various stops of their tour. The Ku Klux Klan, a controversial group, threatened the band directly on Television.

Watch: Ku Klux Klan Threatens The Beatles Ahead Of Their Memphis Concert, 1996

Lennon was fed up with it and couldn't take it anymore. They were miserable on tours and got nothing creative out of it.

After a year that the group stopped touring, a tragedy occurred. The band's manager, Brian Epstein, was found dead in his home from a suspected drug overuse. He suffered from depression to lead up to his final days.

Epstein was the one who helped The Beatles reach the heights that they did. The group depended on him to deal with their conflicts, and raise the group towards their dream success. Once he was gone, the members felt unsure as to how they would resolve those disputes.

Going solo — No group creativity but still final releases made together

After Epstein's demise, the group found it difficult to stick together as each of them began pursuing independent programs. They all preferred their own style of music and it got difficult when they tried collaborating. Arguments were more frequent.

They still found a way to make two more studio albums, 'Abbey Road' and 'Let It Be'. The release of the latter album was a particularly difficult one, with the members bickering at each other. Their emotions for each other could be heard in their solo projects as well.

Watch: Let It Be Live Concert

McCartney explained that 'Let It Be' was the reason for their split. They found it difficult to deal with the new manager and to collaborate on it. It was the business aspect as well.

Then there was Yoko Ono

Near the final projects of The Beatles in 1968, Lennon was attached to Yoko Ono. And after the band split, fans were blaming her for the breakup, and it continued on for as long as we knew. She was verbally abused and at times physically as well.

Ono was always with the band in the studios, and Lennon spent more time with her even then. This got in the nerve of the other members. Lennon kept swerving from his responsibilities in the band, as he mostly worked with Ono for his solo music.

The other members didn't want Ono in the studio, but Lennon would defend her and tried making her a part of it. Starr first temporarily left, the next year Harrison left briefly as well.

By 1969, John Lennon wanted to get out of the band, and he secretly told the band members in September that he wanted to move on. There was a meeting on September 20, with Harrison absent and Allen Klein persuading Lennon to keep it together since they were bound by finance until 1976.

Here's Another: Nick Jonas Was Afraid His Brothers Would Refuse To Talk To Him After The Band's Break-up

Before the meeting could conclude, Lennon wanted out since he and McCartney couldn't stand to be in the same room. Of course, the fans would have no idea about that, since they did release 'Abbey Road' that month and a mixed 'Let It Be' the next year.

It wasn't all Ono that led to the breakup, and McCartney clarified it to the public in 2013 that "she showed Lennon another way to be, which was attractive to him."

She certainly didn’t break the group up. I don’t think you can blame her for anything. When Yoko came along, part of her attraction was her avant garde side, her view of things.

Can we let Ono off the hook now? Since, well, she was not the whole reason for The Beatles' separation. They were already in friction before she arrived.

Paul McCartney indirectly announced the break-up in 1970, and that was it

The public was still unaware of the split for half a year. And as soon as McCartney realized Lennon was never coming back, he began making his own music. The release of his 'McCartney' in April of 1970 came before the group's Let It Be, despite the others requesting him to delay it.

Then on 10th April 1970, a Paul McCartney self-interview was considered as the official announcement of The Beatles breakup. When asked if Lennon-McCartney will be an active songwriting partnership again, his answer was a straight "No". That's all it was to declare the end of the band.

Watch: Paul McCartney on Who Broke Up the Beatles

To this day, McCartney gives a straight answer "John Lennon' every time he is asked of who broke the band. But all in all, no single person was the reason for the dissolution of the band. There were many factors to take into consideration. McCartney explained various times the personal differences, business differences, and musical differences that came up in between.