home Entertainment Where Does Laine Hardy Rank Among The Best American Idol Winners In History?

Where Does Laine Hardy Rank Among The Best American Idol Winners In History? 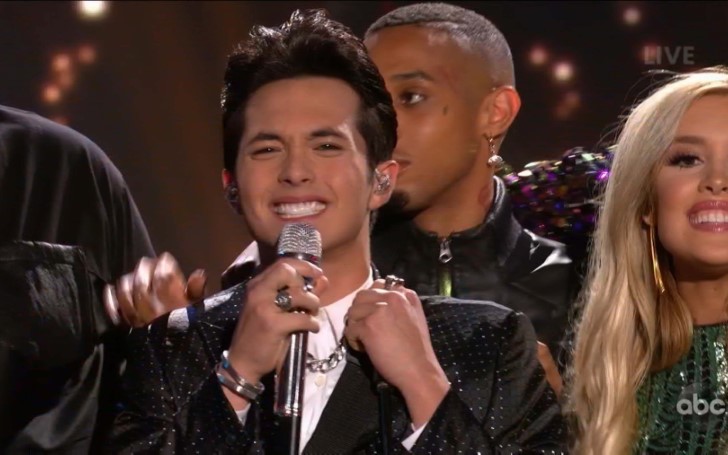 Here's the rank of Laine Hardy among the best American Idol winners in history.

The world of today has come to know a huge array of American Idol winners. While some have managed to reach atop the mountain of fame and glamour others just settle for a mediocre lifestyle despite winning the prestigious title.

Laine Hardy’s 2019 win on the 17th rendition of 'American Idol' sure provides some uncertainty to on the issue of what actually the future holds for him. The industry sure endured a lot of changes through the years, the sounds have changed and so has the effectiveness of the 'American Idol' win. The show sure doesn’t produce stars the way it used to as suggested drop in popularity of winners after season 10’s Scotty McCreery, the last memorable winner.

Check out: Laine Hardy bags the win of the 17th season of American Idol

Going through the winners of American Idol, Phillip Phillips was one of the winners who just took the world of music by storm after he won the winning title after competing in the 11th season of the show. With songs like 'Home' and 'Gone Gone Gone' under his belt, the singer reigned over the hearts of music fanatics all over the globe with nominations for Billboard and  American Music Awards.

Check out: One of Philip's hit

Another one of those phenomena was Ruben Studdard who explored his musical career through the win of Season 2 of American Idol. The prolific vocalist, affectionately known as the Velvet Teddy Bear earned a significant place in the music scene with hits like 'Flying Without Wings,' 'Change Me' and 'Sorry 2004.'

Jordin Sparks won the 6th American Idol enriching the world with her astounding vocal chops and goes down in the history as one of the most successful winners of the show. Sparks just made it big with her million-copies selling, self-titled album back in 2007 comprising of songs like 'No Air' and 'Tatoo'. Moreover, she often appears in the tabloids for her relationships with the high rollers of the music industries like  Jason Derulo and rapper Rich Homie Quan.

Kelly Clarkson is the first person who took the title of the American Idol home back in 2002 making her a powerhouse in the American music scene. With immensely powerful vocal she enriched millions of lives providing them with hits like 'Miss Independent,' 'Breakaway,' 'Since You Been Gone,' 'Because of You,' 'Behind These Hazel Eyes,' 'Walk Away' and 'My Life Would Suck Without You.'  The prolific singer also won a series of awards for her contribution to the music industry, namely, three Grammy Awards in the pop category, 12 Billboard Awards, four American Music Awards, and three MTV Video Music Awards.C

Carrie Underwood the season 4 winner of American Idol is the most successful among all the winners of the show. Referred to as the 'Queen of country music' Underwood has way too much accomplishment under her belt to be listed but 'Some Hearts' (2005) with more than 7 million in sales, followed by 'Carnival Ride' (2007) are some marvels that just cannot be missed.

Laine Hardy, the recent winner of the American Idol showcased a phenomenal potential while excelling through the journey of the 17th season of American Idol. The world is yet to witness the true wrath of his musical marvels. How his musical produce shall perform in comparison to other American Idol winners is yet to be unraveled.

However, judging by his vocal accomplishments during the competition, the latest title holder is set to explore new skies of fame. As a matter of fact, the American Idol Winner recently released his single, 'Flame'.