home Lifestyle Who is Amr Zedan's Wife in 2021? Learn the Details of His Married Life Here

Who is Amr Zedan's Wife in 2021? Learn the Details of His Married Life Here 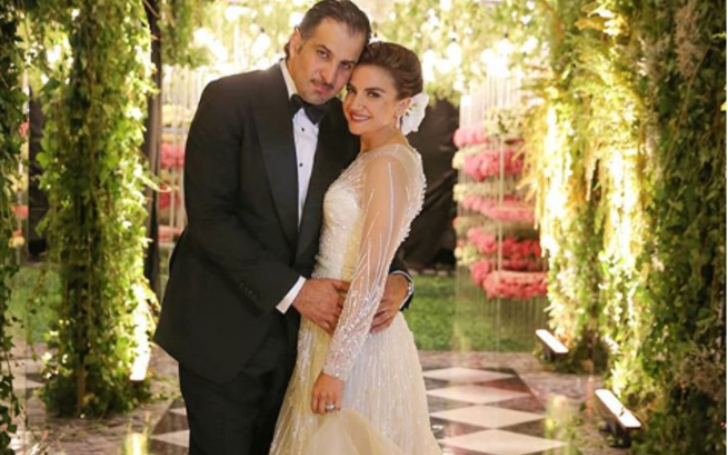 Was Amr Zedan Married Once or Twice? Explore Here to Know About His Married Life.

Many people in the world might've already heard about the renowned Saudi Arabian businessman Amr Zedan. He owns a family business Zedan Group and is popular mostly among polo players and polo lovers. In addition to this, Zedan has also served himself as one of the international level polo players.

While speaking about Zedan, he balances both his personal as well as professional life equally. Talking about his personal life, he tied his knot to one of the Jordanian Royal Family, Princess Noor Bint Asem.

As far as we know, Amr Zedan has been loyal to his beloved wife since the day he met. We can also assure you that he has not been involved in any rumors regarding another relationship. Hence, let's continue this article about Princess Noor and her marital life to clear your doubts.

Princess Noor Bint Asem got engaged with the Saudi Arabia businessman Amr Zedan in March 2018. Later it was announced by the Royal Jordanian Court that the partners tied their knot at the King Hussein Bin Talal Convention Centre, Dead Sea, Jordan, on June 22, 2018.

Many popular guests, such as Saudi presenter Lojain Omran and members of the Jordanian Royal family members including her younger sister Princess Nejla Bint Asem, attended the wedding ceremony as per Vogue Arabia.

After being married to each other for a year, Princess Noor Bint Asem gave birth to her first child, son Talal, on March 27, 2019. The happiness of being a parent came to their door once again with their second baby boy Abdullah on December 20, 2020.

You may also like: Sharon Stone's Husband: Find All the Details Here.

Princess Noor Bint Asem was born on October 6, 1982, in Amman, Jordan. Her father, Prince Asim Bin Al Nayef, the grandson of King Abdullah I of Jordan, married her mother Firouzeh Vokshouri in 1974 but later got divorced in mutual understandings in 1985.

While talking about her educational background, Princess Noor attended Kings College, Madrid, Spain, for her high school level education and completed her bachelor's degree in political communication from Emerson College.

Later on, she joined IE Business School of Behaviour and Social Science to pursue her master's degree in Positive Leadership and Strategy.