home Entertainment Who is Susan Meachen? Learn About Susan Who Faked Her Own Death

Who is Susan Meachen? Learn About Susan Who Faked Her Own Death 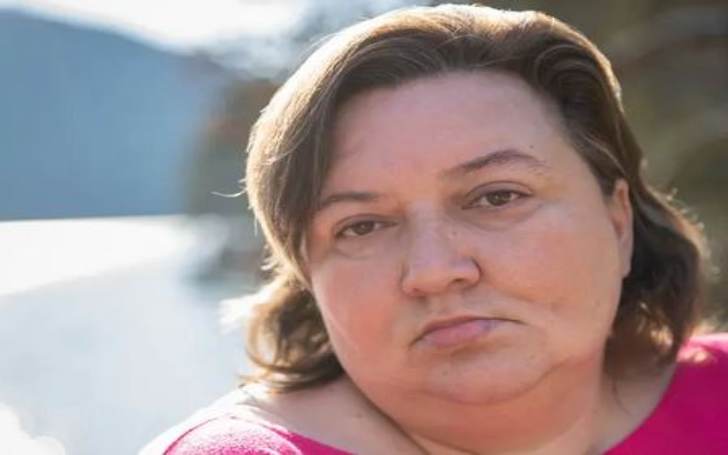 One of the most highlighted news on the internet is about Susan Meachen. Who is she? Let's find out below. Susan is a well-known name in the world of writing. She is an American author who has written several popular books with interesting feedback. Her preferred genre is Historical Romance. After all, she loves bad boys who are Kings, Earls, and so on.

Novelist Susan Meachen is one of the most searched names on the internet nowadays. She got accused of faking her death for two years by many people. Kasey Hill, who edited Susan in the past, also claims that she has been posting on several social media platforms under the TN Stelle the whole time.

Since September 2020, she was believed dead when someone claiming to be her daughter posted on her Facebook stating Susan was dead due to suicide. However, everyone was shocked after the same account on January 2, 2023, claiming that Meachen's family faked her death due to her mental health crisis. They added that she published under the pseudonym TN Stelle the whole time.

Kasey even revealed that her alleged suicide was the first red flag after Susan announced that she was leaving the book world. Hill even spoke the day before her death and was told she was self-committing to a mental health institution. Moreover, Author Kasey noticed that Meachen's account promoted her books in very familiar writing.

On January 17, Susan told everything regarding her faking the death in an interview. She contends that it was not her idea to post in 2020 claiming the suicide. In September 2020, she took a large dose of Xanax, which made her not responsive. Her husband instructed their twenty-two years old daughter to announce her death online.

Troy (Susan's husband) took all the blame for the incident and stated that I told them that she was dead to the indie world due to the impact of the indie-romance community on her mental health. Sai Marie Johnson edited her final book for free after she announced her death. He even filed the report to the cybercrime unit, and later, Susan received a visit from the Benton, Tennessee, home of the police.

Regarding the incident, Meachen stated,

" I'm sorry for their mourning, but from a legal standpoint, I did nothing wrong,"

Many claimed that her family had falsely raised money for her fake death. They even claimed they raised and donated $1700 for Susan's burial expenses. One user even questioned her: How could you pretend to be dead and have all of us donate money to you so you can come back and sell a book1?

While another user found it very interesting and tweeted that everyone is mad at the lady who faked her death bc people aren't ready to admit that's the coolest thing a writer has done in 100 years. Susan stated that her family hadn't received any substantial donations.

The author, Susan, is a happily married woman with her longtime partner, Troy Meachen. Recalling their old days, they encounter one another for the very first time back in the early 1990s. Having the same working environment, they soon developed a sweet connection and began dating.

In 1996 after enjoying a romantic journey for several years, they decided to take their relationship a step further. They accepted one another as lifelong partners in their hometown, the Southeastern corner of Tennessee. As of now, Mr. and Mrs. Meachen have been married for almost three decades and share a great connection.

During this long journey of love, they are blessed with one child daughter. However, their kid's name is still unknown due to their nature of privacy. Their child is twenty years old and focusing on her career. Other than that, the pair have two cats which they love as their kids.

Novelist Susan Meachen is an extraordinary writer who has written several outstanding books. Her works are praised by many readers but have also gathered much criticism. Till now, she has written more than dozens of books with incredible feedback.

Some of her books include Stolen Moments, Love to Last a Lifetime, Chance Encounter (Chance Encounters Book 1), and Smokey Mtn. Love, Special Delivery, My Crush, His Wicked Way, and many more.

All of her books have a great ratings from readers. Her latest book, Losing Hi & Finding You, even got criticized after many people alleged that she encouraged her reader to purchase it in her honor.

How Rich is Author Susan Meachen? Know About Her Net Worth

Susan is one of the most successful American writers. Her main source of income is from selling books. As of 2023, she holds a net worth of $300,000, which she earned through her incredible career. Her books are sold for $5, $3, and $2 after the heavy discount on Amazon.

So till now, she has sold thousands and thousands of copies after all her books are interesting. As estimated, her annual income is over $40,000 through her overall involvement. She and her family live a quality life together in their Tennessee home.

Also see: Author Jessica Tarlov - What is her Net Worth? Details of her Sources of Income and Earnings!