home Entertainment Will Smith Opens About His Marriage with Jada Pinkett Smith; Get the Details About Their Married Life Here

Will Smith Opens About His Marriage with Jada Pinkett Smith; Get the Details About Their Married Life Here 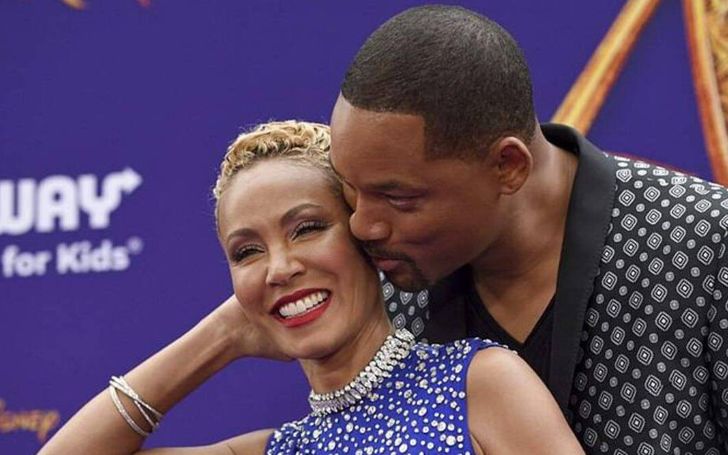 Will Smith unmask his marriage with Jada Smith. Here's the breakdown.

Will Smith enjoyed and got vast success in two different fields of famous showbiz. While he was still too young to try out liquid refreshment legally, he released several platinum rap albums and won the first-ever Grammy Award given in the rap category.

Over the past year, he worked without being unwearied to become one of the colossal movie stars on the planet. Despite that, after hitting his "fuck-it 50s," and everything changed. Will Smith is finally ready to speak the truth about his marriage with Jada Pinkett Smith.

Will Smith Opens Up About His Marriage with Jada Pinkett Smith

Despite all the divorce and make-up which made headlines over the years, Will Smith and Jada Pinkett Smith's confirmed that their relationship is still going strong as of now. In a GQ interview, Smith expressed that while this unique dynamic had worked for them, however, he wouldn't recommend it for others.

"We have given each other trust and freedom, with the belief that everybody has to find their own way," he said. "And marriage for us can't be a prison. And I don't suggest our road for anybody. I don't suggest this road for anybody. But the experiences that the freedoms that we've given one another and the unconditional support, to me, is the highest definition of love."

Will first met Jada in 1997 when Jada auditioned for a character as Smith's character's girlfriend during the '90s sitcom, The Fresh Prince of Bel-Air. Sadly, the five-foot-tall actress didn't get the chance because she was too short for the context. Rather, the offer went directly to Nia Long.

Will Smith finally opens up about his marriage with Jada Pinkett Smith.
Photo Source: USA Today

Nonetheless, Pinkett Smith would soon become Smith's leading lady off-screen a few years later without worrying about the Height difference. Smith indicated that he was attracted to Pinkett Smith when he saw her on the college-themed TV series, A Different World later. However, Smith was married to Sheree Fletcher and decided not to swing his attraction towards Pinkett Smith.

Related: Who is Katie Nolan's Husband?

Smith later spilled out on Red Table Talk that he knew Pinkett Smith was only for him. After some months, Fletcher ended her term with Smith thinking he tried to make love to the actress Jada.

Will Smith and Jada Married in 1997

Smith and his ex-wife Fletcher officially got divorced in late 1995. Later, he asked Pinkett Smith if she was "seeing anyone," Her response came "no." Nevertheless, Pinkett Smith shifted from Baltimore to California, and the two sparked their romance. Due to ongoing reasons, Jada accepted Smith's proposal.

Will Smith and Jada Pinkett Smith married in 1997.
Source: Billboard

Afterward, Smith officially requested for his wife's hand in the wedding during 1997. Pinkett Smith told People, "One day we got engaged, and the next day we found out we were pregnant,." During her marriage on December 31, 1997, she was already three months pregnant with her first child.

The two tied the knot in a private ceremony at a hotel in Pinkett Smith's native city of Baltimore with their close ones and loved ones. There were no invitations gift cards sent to anyone, according to People, because the pair wanted to avoid media.

Also, see: Who is Grant Bovey Married to?