home Entertainment Who is William Byron is Dating in 2020? Find Out About His Relationship

Who is William Byron is Dating in 2020? Find Out About His Relationship 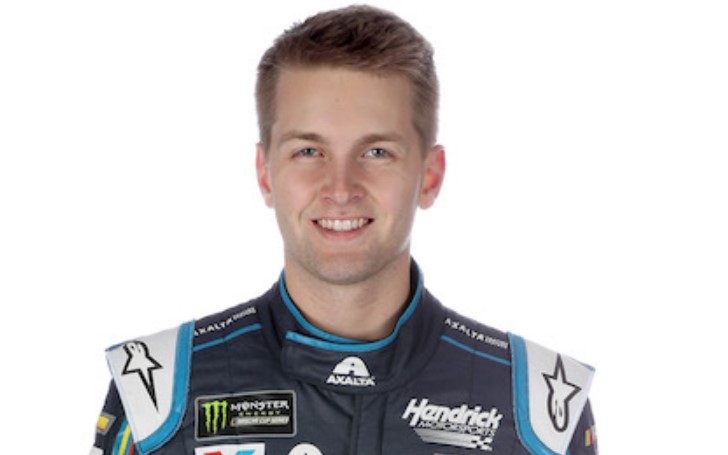 Here's what you should know about William Byron's girlfriend in 2020.

According to the reports, William started a keen interest in racing from an early age; when he was six years old, the racer saw a stock car race on television, and that's when it all started for him.

Byron attended a race at Martinsville Speedway in 2006 and began racing on the iRacing simulator as a teenager over 100 wins and 298 top fives in online competition, now that's impressive.

In 2012 Byron started offline, and within two years, he signed with JR Motorsports late model program while continuing legends competition. Well, since we all know how great he is what he does, let's find out about his relationship.

William Byron, Who is His Girlfriend in 2020?

William Byron is, in fact, in a relationship. The NASCAR racer is dating his girlfriend, Erin Blaney. It's not been too long the couple started dating, but they make the perfect pair anyway.

Byron and Blaney often make appearances on each other's social media profiles, and they look downright adorable together. And for those of you who don't know, Erin is not new to the world, and she is linked to NASCAR racing even before she started dating Byron.

So Who is Erin Blaney?

William Byron's girlfriend, Erin Blaney, is the sister of NASCAR driver, Ryan Blaney. Ryan did not know but later found about it.

"My buddy’s like, ‘Hey I didn’t know about Willy and your sister,’ And I’m like, ‘What are you talking about?’ 'Oh. Well, Ryan, your younger sister, Erin, is dating someone you might now.'"

Well, it was an entertaining story Ryan shared about his sister's dating life. You should definitely go and see the full article on NBC Sports.

You May Also Like: Bryce Hall and Blake Gray Face Charges; Find Out What Happened