home Movies & TV Shows The Wire Season 2: The Reason It Was Crucial For The Overall Story Arc!

The Wire Season 2: The Reason It Was Crucial For The Overall Story Arc! 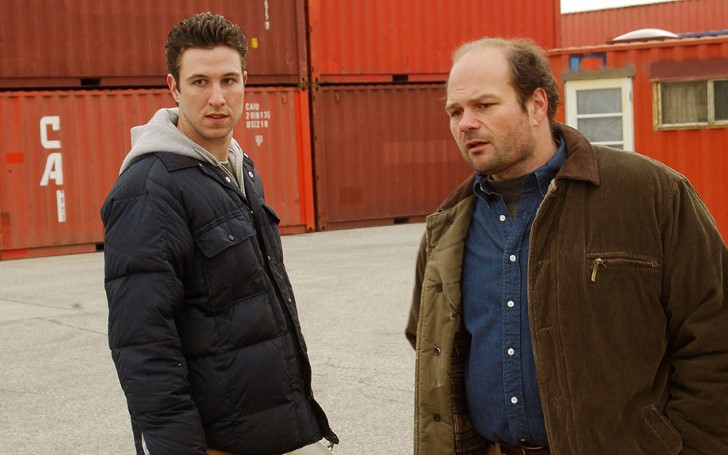 Season one was so focused on the city blocks and the drug trade, but when season two rolled in everyone was taken aback. The whole story totally shifted from the inner cities to the docks. It was not foretold, when we started season two it was confusing. We were getting familiar with the 'Barksdale' family and all of a sudden they were pushed to the side and a bunch of white old dudes were brought the forefront.

Watch: The opening of The Wire season 2

It was a natural progression of the story for 'McNulty', for the entirety of the first season 'McNulty' was at odds with 'William Rawls' and by the end of the season, Rawls sent 'McNulty' to the one place he least wanted to go, marine unit. But for everything else, it was a jarring experience.

Little did we know at the time, this was the master plan of David Simon to increase the scope of the story to encompass the whole city. He went on to tackle the public school system in season 4, politics in both season 3 and 4 and the final season was about the media and media consumption.

The Wire season 2 will always be the odd one out in the five-season run of the greatest show ever created but the impact it had on other aspects of the show was huge.

Season two started with 'McNulty' on the marine unit, but things quickly escalate when 'McNulty' finds a body floating on the river which leads to a container filled with 13 dead women. 'McNulty' goes out of his way to put all the bodies in Baltimore Police jurisdiction.

Major of police 'Valchek' has a feud with the dock leader 'Frank Sobotka' so he assigns 'McNulty' to build a case against him. The team of the first season is brought in and the investigation begins.

The first season group is brought back in season 2
Source: Uproxx

After the investigation starts, is when the major reveal of a big drug trader is revealed. 'The Greek', an unassuming old man sitting in a cafe turns out to be the one pulling the strings behind the scene.

The 'Barksdale' family is weakened, 'Avon' is in jail but he is about to get out by using the jail guards who are also involved in the drug trade. Stinger is running the operation but 'Avon' is still in control when 'Proposition Joe' comes in with a proposition to share territory for the use of the better supply of coke from Joe's supply, 'Avon' shoots it down. Still, Stringer goes behind Avon's back and does the deal anyway.

The actions taken or not taken by the characters in season two has lasting consequences for everyone involved. Avon bringing in 'Brother Mouzone' to muscle out 'Joe' causes Stinger to lie to 'Omar', which results in the death of 'Stringer' in season three. The units ending of investigation helps the main supplier of drugs in the Baltimore area to get away. 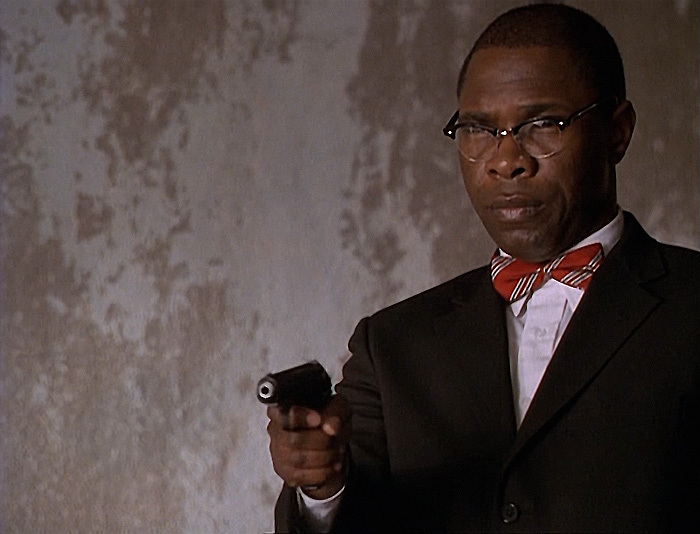 Brother Mouzone in the second season of The Wire
Source: Hardwood and Hollywood

The chess scene at the start of the first season is a perfect analogy of what transpired in season two. When 'D'Angelo' is teaching 'Wallace' (Michael B. Jordan) and 'Bodie' how to play chess, he explains who is who, 'Wallace' tells 'D'Angelo' that the king is like D'Angelo's uncle 'Avon', always in control but protected.

Watch: D'Angelo teaches Wallace and Bodie to play chess, a perfect analogy for the drug trade

Wallace was right about the king being in control and protected but the king was not someone we knew before, he was but a shadowy figure sitting in a cafe, 'The Greek'. Turns out he was the real king and everyone else were just a little chess pieces he moved around.