Yellowstone's Kevin Costner Admits To Having Trouble Adjusting To TV 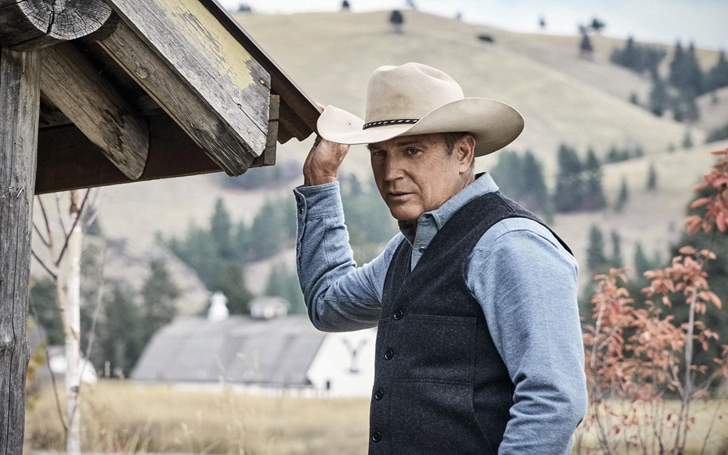 Kevin Costner is not happy with the way Yellowstone is going.

Movies and TVs are two very different entities, they may look the same, they may shoot in the same lot but shooting for films and TVs are like apples and oranges, both are fruits, but both don’t taste the same.

Kevin Costner is finding that the hard way as after 40 years of starring in blockbuster movies, he made his first regular stint in a TV series. Yellowstone was Kevin’s first foray into a regular television gig, as he had done one-off roles early on in his career before reaching the height of his fame with movies.

Yellowstone is the first show by the rebranded Paramount studios, and ever since 2018, Kevin Costner has signed on to portray the role of 'John Dutton'. Well, it isn’t going like he had hoped as he said;

It hasn’t been an easy adjustment for me. I don’t like it too much.

For an actor who has only acted in movies, where he is given full scripts, and he knows where the character is coming from and where the story is going to end, it can be hard adjusting to TV life where most of the times, endings aren’t known early on at the start of the season. Some writers and creators plan years ahead about you never know what changes will come during the filming process. The Oscar-winning actor not getting the whole back story and the ending of the series must have irked the Kevin very much.

Watch: The trailer for season 2 of Yellowstone

Yellowstone is a rating monster for the newly minted channel and the way people are interested in the character it doesn’t seem the series is ending any time soon unless the show takes a drastic measure to kill off John Dutton.

We have seen a series that keep the scripts and endings a secret, for example, Game of Thrones, fake scripts were passed out to prevent leaks. But the star of the show should be afforded the right to see where the writers are heading and shouldn’t have to shoot in the dark, which leads to inconsistencies in the behavior of the character.

Kevin isn’t mad that the writers’ room isn’t telling him everything, he just wants people to think not on episodes basis and present something of an overarching borderline of a story, so the characters know how to move forward with the roles. He said, “you can run a long time if you make things really compelling” as long as there’s “writing with a lot of extended thought.”

The problem arose for him after the start of season 2, in season one the show was like a prestige drama where only one director and a couple of writers were involved. Kevin could have talks with the show’s creator, Taylor Sheridan who wrote and directed all the episodes of the first season. But now Kevin is getting the taste of episodic television, and he doesn’t like it very much. The show went on from writer-director to now a full-blown writer’s room who don’t even know where the series is heading at the start of the year.

Sheridan and Kevin used to have conversations with each other about the direction the series is heading, but ever since he yielded some amount of creative control, the conversations have gotten trickier for Kevin. He said;

We’ve dealt with things, but this second season was a combination of a writers’ room and him, so that wasn’t exactly clear. Now it’s just a straight writers’ room.

The Dutton train is moving and the looks of it, the show doesn’t seem to be slowing down as Paramount ordered the season three of the series during the premiere of season two. The creators need to do something to give Kevin Costner some assurances otherwise an early exist seems to be on the cards. As for the second season of Yellowstone new episode of the hit series is coming on July 10, 2019.