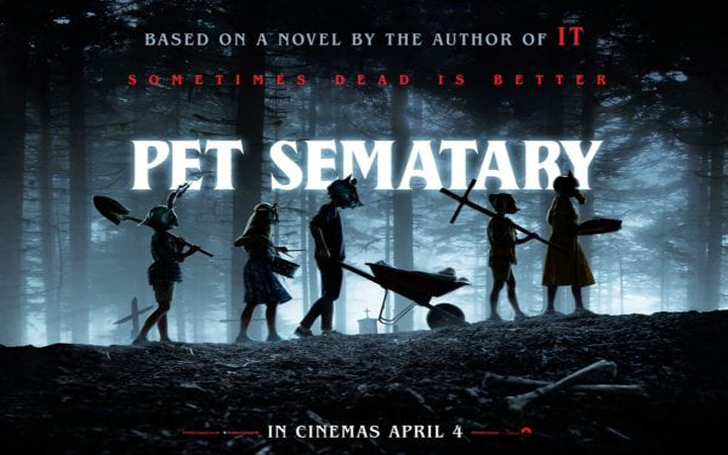 If you thought the original ending of Pet Sematary was creepy, think again!

Pet Sematary is one of the most beloved books in the vast and horrifying collection of horror novels in Stephen King's library. Most of his books turn into movies, and it was the same with Pet Semetary as it was made into a film back in the 80s.

When it comes to adapting a book to a movie, the, as well as the directors, need to be careful as to what they want to show on screen and what they want to leave out. But adapting a Stephen King novel is a whole different beast entirely, with much fan following and eyeballs on the project.

This year a new version of the movie hit the theater which was a horrifying as the first one. The directors' work was made difficult by the fact that they had to do the source material justice but also bring a new spin on the tale to not draw comparisons with the original movie. The directors seem to have achieved that feat, they brought their flavor to the film and now via Entertainment Weekly we got to see another spin to the ending that the new directors made.

In the original ending, 'Rachel' comes home to find 'Ellie', resurrected, and she is horrified. 'Ellie' attacks 'Rachel' and stabs her, but she escapes with 'Gage', but when 'Ellie' stabs 'Rachel' again 'Louis' saves 'Gage', but 'Rachel' dies. 'Ellie' hits Louis, and he is unconscious, when he comes to his senses, he finds that 'Ellie' has taken her mother to the graveyard. 'Louis' follows, and 'Ellie' and 'Louis' have a fight, as 'Louis' is about to win, she puts on her innocent face, and he hesitates just for a second. 'Louis' 'didn't know that his wife was in a grave and when 'Louis' stops from killing his daughter, his new resurrected wife wakes up and impales 'Louis' with an antenna. Before the movie ends, all three undead 'Creed' family members are seen heading towards their car where young 'Gage' is alone and is probably waiting for the same fate.

That is how the movie ends, but according to the directors, it was a second ending, and the scripted ending fell victim to the test screenings. Well we finally got to see what the alternate ending was, in the alternate ending 'Rachel' is still bleeding out but as she wakes up, she sees her husband looming over her saying, "'Everything's going to be fine. 'Everything's going to be ok. 'I'll love you forever."

Watch: The trailer for the new Pet Sematary

As the camera pans out from her face, we see that she is in a grave inside the Pet Sematary and her husband and daughter are about to bury her with her husband saying, "'We'll all be a family again," as the movie ends.

Directors Kevin Kolsch and Dennis Widmyer explained how this was supposed to be the ending, but that 'didn't come to fruition. The directors talked about what went into changing the end from this to what we saw in the theatres;

Both endings were tested [with preview audiences] and what came back is [the theatrical ending] was clearer to people and it was what people seemed to resonate with and it left them with fewer questions — I 'don't mean questions in a good ambiguity way but questions in that people 'didn't understand everything that happened.

Even though the directors liked both the ending they chose the theatre cut version because "The theatrical ending is the big loud slam dunk ending where it goes out on a bang. 'There's an immediacy to it 'that's satisfying. The [original ending] is haunting, 'it's lingering, it stays with you."

The book ending is creepier than anything else, but still, the directors did their best to do justice to the much-loved source material.

Also Read: The Conjuring 3 Is Reportedly In Production

Pet Sematary is now available is Digital HD, so grab the DVD and watch the 90 minutes of deleted footage that comes along with it.