home Entertainment Who is YouTuber Bretman Rock's boyfriend in 2020?

Who is YouTuber Bretman Rock's boyfriend in 2020? 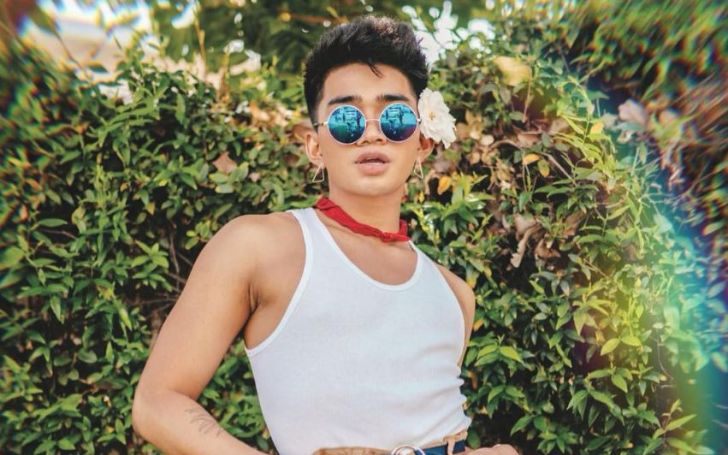 Know about the relationship status of Youtuber and Glamour Guru 'Bretman Rock'.

If you've been following the star, then you probably know the Youtube star who is making headlines for his bamboozling relationships and his mysterious boyfriend with whom Bretman occasionally posts pictures.

Breatman posts a 'masked face' snap of his boyfriend among his 14 Million followers filled Instagram on Valentines' Day.
SOURCE: @bretmanrock

A anonymous guy voice has even been heard in the background of his Instagram Stories. However, Bretman, 21, keeps his sweetheart face private and is yet to share details of his sweetheart to millions of his curious fans.

Who is Bretman Rock Boyfriend?

Stalking his social media accounts, there are no information and trace regarding who the guys really is! People came with different names and predictions, as you can see on the clip.

Find Out: Who Is Laurel Stucky Dating? Does She Have a Boyfriend or Girlfriend?

Out of the famous names, a few majority of followers also speculated the anonymous guy to be Brian Diaz, a popular Tik-Tok and Instagram star due to his matching physique with his unidentified boyfriend.

Brian is also into the glamour community with thousands of social media followers.
SOURCE: @nopalitoss

But we can't fully assure you Brian Diaz is Bretman Rock's boyfriend as we only suspected Diaz for his look-alike brawny body figure, posture, and styles. As the above snap also articulates, Bretman sweetheart wearing a chain, and so fashion does Diaz opts for.

Check Out: Who is Janelle Monae dating?

So assume it might be Brian comparing his other Insta snaps. Diaz's images articulates a close-calls-match with Rock's mysterious boyfriend. We hope he's the one behind the camera lens.