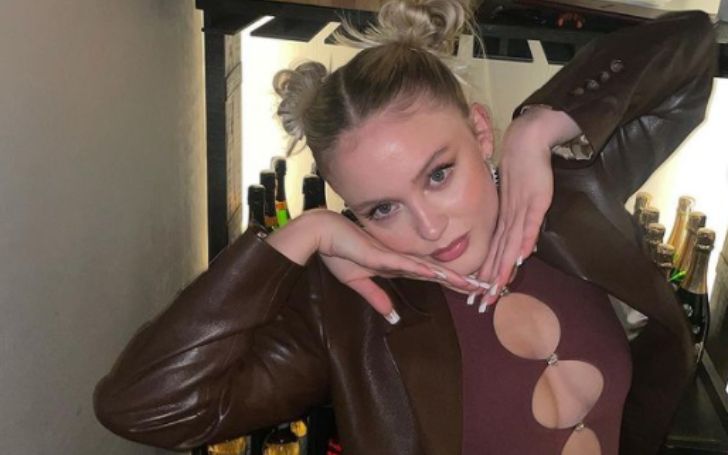 After Being Separated With Brian Whittaker, Zara Larsson Is Probably Single As Of Now!

A Swedish singer, Zara Maria Larsson, well recognized as Zara Larsson, is probably single. After having a heartbreaking split with her long-term boyfriend, Brian Whittaker, a British Instagram sensation who is now a well-known model in the UK fashion industry.

The lovey-dovey couples were together for almost two years. At the time, the split was very upsetting for both Zara and Brian, but the relationship had run its course. It's been a tough few weeks.

What was the next? After being a part way, it was a big question to many. Further, whatever Zara interacted with some outlets, we tried to gather some specific information.

Also, See: Is Kelsey Plum in a Relationship? Who Is She Dating Currently?

According to People, Zara confirmed, she is single right now. When Zara was asked what about the next romance, she frequently refused to say, "At the moment, no."

23 years old blond beauty added, "I just don't have it. It's fine, because I am single right now, and I'm excited about that because I'm young, I'm cute and I'm out here and I have to live my life. I haven't been single since I was 14."

Probably for the next relationship, Zara said, "I'm very busy, so I don't really live it out." Moreover, she said, "But it's just nice to know that you don't have because a relationship, just like friendships and with families and all your relationships in life, you gotta work on it and you gotta put time into it and you gotta nurture it and all of that. It takes a lot of energy."

For more information on celebrity relationships and personal life, stay tuned with us in Glamour Fame.