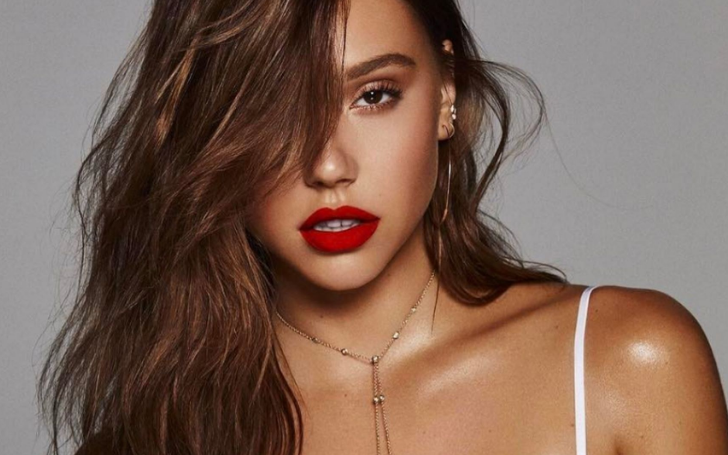 Alexis Ren is an American model; furthermore she has embarked on multiple ventures, Alexis is an entrepreneur, actress, and an internet celebrity.

Dancing with stars finalist of 2019, Alexis Ren was US and Mexico cover girl for August 2017 and was voted for Sports Illustrated Swimsuit Rookie of 2018.

The 22-year-old model, who is the August Cover star of Modeliste Magazine, boasts a massive 13.1 million followers on her Instagram. Ren uploads a picture that is too hot to handle. Let's find out which photo was rated the "Most Hot" picture.

Alexis Ren captioned: "It was 6 am and I couldn’t sleep."

Okay, so this one deserve to be on the list, who wakes up so hot six in the morning? Well, obviously, Ren does.

9. One Of Those Mood

Alexis Ren captioned: "I basically have two moods, either let’s do something spontaneous and awesome...or let’s just lay in bed all day, talk about space, and forget the world exists."

According to Ren herself, she has two moods; one where the model is get going, another, squander time laying on bed. Well, we prefer the latter one!

Alexis Ren captioned: "Get on a plane, come see me."

Okay people, it's an open offer, Ren wants you to get into a plane and see her. Boarded yet? Well, hurry up! how can you even resist those, oh sorry, we meant, her!

Alexis Ren captioned: "and her favorite color is."

So, can you guess Ren's favorite color? Is it red or uhmm! or is it a carnation! We loved the carnation though.

How does Ren pull it off so well in the morning, most girls often wake up like a hedgehog. Just look that...

Alexis Ren captioned: "this sun is no joke."

Sun is no joke, said Ren! but we never even bothered to see the day, we were pretty much occupied watching the peaches.

Seriously, where do you find morning like these? Take us there ASAP!

We simply have no words for this! Well according to Ren, It's one of her favorite outfit, and seriously, get her more outfits like this already!

This is how Ren looks when she has a jet lag, give any worst situation, and she will make it a hot photoshoot. Just look at that picture!

We leave it to you, what do you think about the this one? She is the goddess!