Alexis Ren Is The August Cover Star Of Modeliste Magazine 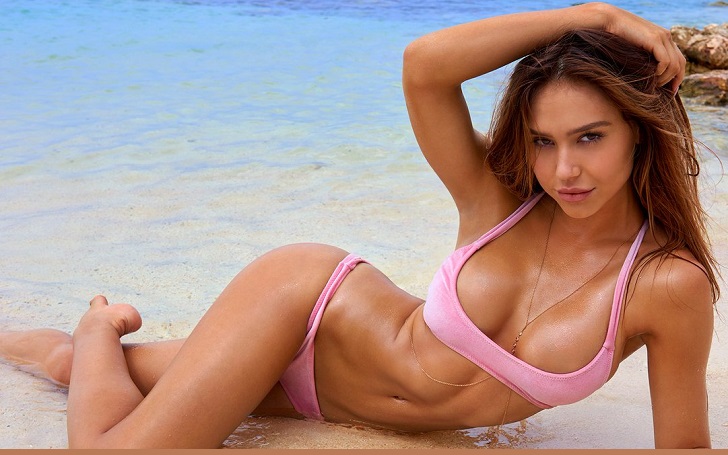 Alexis Ren is back, and she's back with a bang. Last week, the fashion, beauty & travel magazine, Modeliste, announced that Ren is in the cover of their August issue. She did a series of photoshoots and looked stunning in all of them.

The 'Dancing with the Stars' finalist is known for her racy pictures online like the beach and bikini photos and half nude shots on Instagram, and she has not disappointed the fans with her steamy photo shoot by Cibelle Levi.

The cover photo, photographed by Levi, was styled by Janelle Miller, designed by art director Monica Robles and edited by editor-in-chief Amy McCabe. The makeup was done by Jen Tioseco and hair by Rikke Ganda. The photo was taken in 'The Villa Sophia', Los Angeles.

Check out more of her sexy photos for the magazine below.

It's not the first magazine cover that the gorgeous Ren has been in the cover of. She landed her first cover girl portrayal in Maxim's August issue in 2017. She was Maxim's Mexico cover girl in March 2018 and Sports Illustrated Swimsuit Issue Rookie for 2018. She was one of the 100 women to be included in Maxim's hot 100 List of the Sexiest Women in the World in 2019. Olivia Culpo went topless on the cover for Maxim's 2019 issue.

The beauty dated Jay Alvarez for two years from 2015-2017 and last split up with her Dancing with the Star dance partner Alan Bersten in December 2018. Despite going through some tough times in the past, especially some related to her body, Ren really came through and made a name for herself in the modeling industry. She certainly gets men craving for her body.