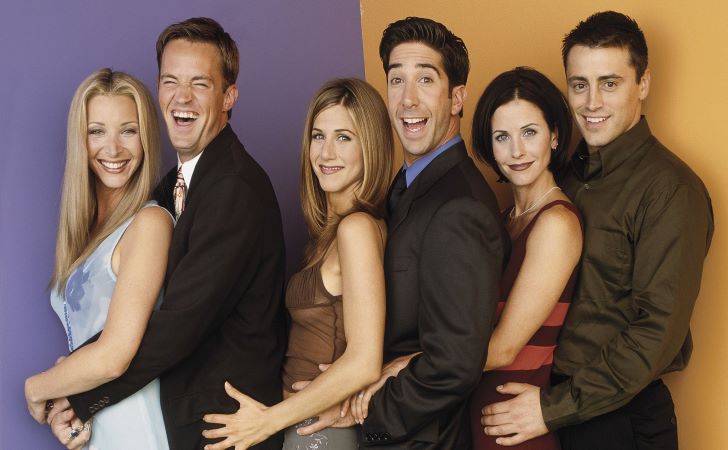 10 TV characters who failed to reach the audience expectation.

Do not be misguided. These characters weren't always like this. Most of the times, lousy writing, sometimes weak production, maybe even switch between the writers creating the story-lines or blunt recklessness have butchered arcs of many of our favorite characters.
Sadly, all we can do is pretend these character alterations never happened, and these characters died in a horrible accident before they turned into shadows of their formal roles. Today, we will not be listing down the TV characters whose personality shift was rightfully justified by the shows. Instead, we will create a list in honor of those formerly loved characters, who are now, well... not themselves.

For years we've watched silently as the writers let go of Owen's nice guy facade. Creating the most disliked character in a show with a zillion characters isn't easy! Weirdly, Owen Hunt is somehow managing to take all the necessary steps required to become awful.

Owen Hunt started his tenure on Grey's as the bruised yet brilliant ex-Army trauma surgeon. We sure wanted to root for him until the writers started to fling him from suddenly great guy to secretly terrible guy character. I bet, everybody had enough when Amelia said that she could no longer be with him because he was in love with Teddy (fair argument!), but that she still wanted to be Leo's mother.  Owen literally pinned their entire breakup on Amelia (instead of his shitty personality) and called her unloving and unlovable.

Remember when April and Arizona were written out of Grey's Anatomy?  Apparently, the creative forces on the show were struggling to serve all of the characters!

You May Like: ‘Grey’s Anatomy’ Set To Introduce Fourth Shepherd Sister

Well, Owen should have been the one to go before anyone of those two. His storyline has been dull for numerous seasons. He sucks the air out of every scene he's in! It's high time he leaves!!

Alaric Saltzman debuted on The Vampire Diaries, The Originals, and more recently, Legacies. It seems the character continues to make the same mistakes he has since the it initially appeared on screens in 2009. More recently, his unreasonable choice to not teach his students defensive magic almost resulted in a lot of them dying!

Piper Chapman is shown as the protagonist of Orange Is the New Black. Since the show revolves around her, it is expected of the writers to make her likable at least. Instead, she's whiney, she betrays people and thinks that everyone should bow down to her. Definitely screwed beyond repair.

Archie Andrews used to be a heartthrob. But guess what writers?! Nobody likes characters with a gorgeous face and an empty brain!  It is so disappointing to see Archie make decisions; almost a pain to the eyes! He pivots from terrible decision to even pathetic ones. It's gone on for three full seasons, and he desperately needs to grow some brain cells!

Where do we start with this one! D&D truly did Jamie Lannister rough. At the end of the season 8 episode 5, viewers can't help but question: So who truly was Jamie Lannister?!!

Jamie goes from being an infamous and arrogant Kingslayer, who abandoned his oaths to save the people of Kings Landing secretly, and is having a weird incestuous relationship with his sister to becoming a man who understands the value of accountability, sees the world as more than filled with just himself, to becoming (drum rolls) a confused character who is confused and confuses the audience (so much for character arc)!

Another day, another magnificent Lannister character annihilated. Tywin must be incredibly glad that he died before D&D could butcher his character and from the hands of a Tyrion Lannister, who actually made sense!!!

Remember the days when Tyrion was the smartest and wittiest person in Westeros. Well, those days are long gone. The character that everybody rooted for to win the Game of Thrones ended up being as good as non-existent in the show. Well, we sure know whom to blame for that. And no, we do not mean D&D this time, we mean George R.R. Martin. Its high time, he actually sat himself down and completed his masterpiece, once and for all!!!

4. Laurel Castilla - How to Get Away with Murder

How to Get Away with Murder is Laurel Castillo's world. Everyone is just living in it ... at least, according to her. Every single plot twist over the last few seasons have mostly revolved around Laurel and her messed up family, and it needs to stop!

Look, we really loved Rick Grimes during the earlier seasons of The Walking Dead. He took the leadership role very seriously, but somewhere along the way, he started to make mistakes. He didn't take ownership of them and continued to be in power. He may be gone from the main series, but fans still have to endure this character sulking his way through a trilogy of movies.

Not that Misha Collins is bad, but rather the role that he's forced to perform. Everybody misses the sarcastic Castiel, hippy apocalypse Cas, the confused angel of the lord Cas, learning about human life Cas, and pretty much all versions of Cas that blended comedy with his role of splendid power.

We can't help but feel sorry for Castiel as he seems like just another Hunter with worrying and stern-ness being his only character traits.

Daenerys Stormborn of the House Targaryen, First of Her Name, the Unburnt, Queen of the Andals and the First Men, Khaleesi of the Great Grass Sea, Breaker of Chains, and Mother of Dragons, and now suddenly the Mad Queen?

Also See: Andrew Lincoln Could Make a Return to The Walking Dead in the Season 9 Finale

Guess this character betrayal is pretty self-explanatory. Words cannot describe how much the successive writers failed to do justice to probably the most fabulous female character ever written.

How Dany goes from being the brave woman who caters to the need of her withering Khalasar just after her powerful and loving husband Khal Drogo and her son Rhaego who was promised to rule the world die; to the crazy maniac who roasts (literally) the entirety of the innocent population of Kings Landing is beyond us! The only justification of her madness (given by the writer) was merely limited to foreshadowing!

Also Read: Tom Hanks’ Son Shared An Amazing Story About Luke Perry After Meeting Him On A Flight

What's worse was, after all the struggle she had to go through, after her physical and emotional battle between individual maturity and being a ruler, after collecting the most indestructible army in the world with unsullied, Dothraki and three massive dragons, she vanishes like it meant nothing at all!