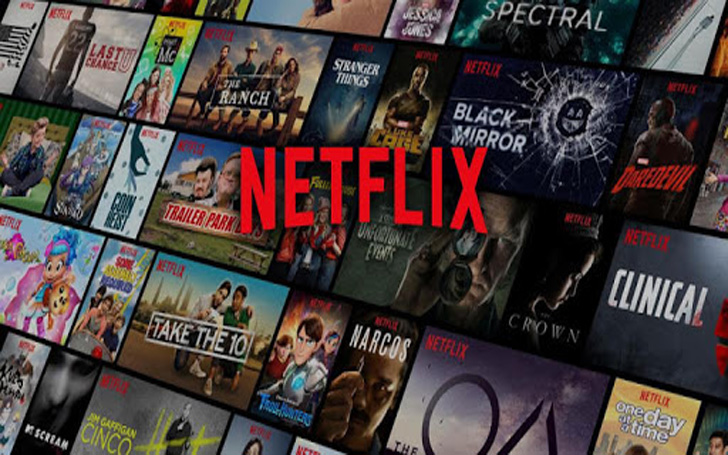 Netflix’s whole motto is “Netflix and Chill,” that is what the entire world is doing after they get off work and lay in bed, well at least most of the time. Netflix provides the quality of entertainment that is very hard to find elsewhere in the very comfort of your home.

That is why Netflix is a worldwide leader in providing home entertainment. With over 125 million hours of content inside one app, there can sometimes be a little difficulty in finding something you can sink your teeth into. For people who like one and done contents, there are many comedy specials on the streaming site to give you an hour of entertainment. But for the people looking for something more, something they can binge on the weekend there are also some fantastic shows on Netflix right now that you need to watch.

There are so many choices on the site that it can be overwhelming sometimes to really find that one show that can really make you want to spend hours watching. So, to make it easier for you, we are compiling a list of 13 shows on Netflix that you should start streaming right now.

'When They See Us' is a drama series chronicling the imprisonment of the Central Park five, who was unfairly accused and sentenced to prison for the rape of a jogger. The biased narrative that was spun by the prosecution takes center stage, and the life the prosecutor ruined is portrayed so viscerally that this one is a must-watch. Only a five hours commitment; if you love Ava DuVernay’s work then turn this on, it won’t disappoint.

With a massive production budget, this was an ambitious undertaking by Netflix to compete with other channels and streaming services. It mostly worked as they delivered a very compelling story about immortality and if you love yourself some high concept sci-fi thriller, then this is precisely the show for you. Ten hours of commitment is also not much of a requirement; you can blow through it in one sitting.

Queer Eye will require some getting used to, but once you get the taste of it, you will be screaming at the gods for only making 25 episodes and having to wait a whole year for another season. This series is about a group of guys, who help other people with their life, is something so beautiful you will love yourself for watching it.

This one has disappeared from the conversation, but this show is, without a doubt, one of the best Netflix has to offer. A western is not something that really interests most people, we know, we are among those who don’t like westerns, but this one was a mind-blowing series and only seven and half hour of commitment, this is a one-off show you will love, we guarantee it!

Making a Murderer is a real crime documentary series that chronicles the arrest and conviction of Steven Avery who was exonerated 18 years later for wrongful conviction. Then he was arrested and sent to prison again in 2007 for the murder of someone else. This one is a nail biter, it takes some time to really grasp you, but when it does this one is something you won’t want to let go.

8. Orange Is The New Black

This true story based on the memoir of Piper Kerman is a funny black comedy-drama that has been a fan favorite for over half a decade. With season seven of Orange is the New Black coming to Netflix soon, this will be a long commitment for a new viewer but trust us; this is well worth your time. You will laugh, cry, cringe, and enjoy this one, so start streaming right now.

Beyond Jessica Jones’ first season, Daredevil is the best Marvel show on Netflix. Though the series ended after the third season, the bone-crunching action, the villain of the first and third season is one of the best things you will watch on Netflix. The elaborate choreography, the blood, and gore and pure adrenaline rush that this show provides is something no other show can match.

On the face of it, this is just a straightforward crime drama, but as the episodes dive deep into character background is when the series shows it’s true potential. Also, the final episode of season one is both funny and scary, and this one we cannot recommend enough. Also, this has Jason Bateman doing a serious performance, so you have that to look forward to. Don’t overthink, just turn on Ozark, season three is on the way, and it is high time you caught up.

Pablo Escobar is one of the most interesting criminals to have ever lived, and Narcos is the chronicling of the rise to power and then the fall from grace and eventual death of the wealthiest criminal in the history of the world. This is, without a doubt, one of the best shows on Netflix anchored by a brilliant performance by Wagner Moura as Pablo. This one has already wrapped up after three seasons so feel free to enjoy it on your own time.

4. The Haunting Of Hill House

This one is for horror fans; maybe you had heard of this before because Hill House was all people could talk about when the show first premiered. Just thinking about this show brings chills, the unknown horror lurking around and destroying the lives of people living in Hill House is a scary show that we highly recommend you watch, but with a partner.

The chronicling of the life of Queen Elizabeth II is a compelling drama that provides an inside look into the lives of the royals. Yes, the show takes some creative and historical liberties, but to see the Queen perform her duties as uncertainty surrounding her from everywhere after her father’s demise is a beautifully portrayed drama. Come in for the biography of the Queen of England stay for the beauty and craft of the creative team. With the third season on the way, this series is something you can burn through in two days to prepare for the third season.

Like the show is about investigating a prank, we are not pranking you. This is definitely one of the best series Netflix has to offer. Making fun of true crime stories that Netflix itself produces, this parody of a show takes a life of its own. Only 20-minute episodes and 16 episodes of two seasons this show got drastically better as it got to season two. This is funny, stupid, and incredibly ridiculous that you will enjoy when you are alone and need some laughs.

There are so many shows to choose from that it is hard for us to include everyone in this list but Stranger Things is the one we had no doubts about. Set in the 80s this show is like an homage to the work of Stephen King and Steven Spielberg combined. You won’t believe how beautifully it worked, season two of the series was a side step but trust us the third season is the best of the bunch. Maybe it was the fact that we just finished watching the third season, so it landed on the first spot. But this is the hill we’ve decided to die on.

Also Read: Friends Is Officially Leaving Netflix At The End Of The Year

With so many shows to choose from, we just couldn’t include everyone, but there are so many other shows we would like to give an honorable mention. House of Cards, Alias Grace, Narcos: Mexico, Mindhunter, Russian Doll, The End Of The F***ing World and Jessica Jones.

Choose any of the above-mentioned shows, and you won’t go wrong.