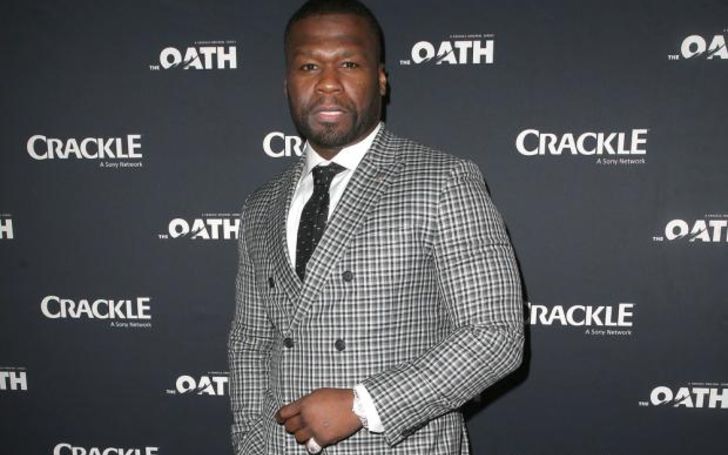 Curtis James Jackson II professionally, 50 Cent shares some of his past experiences in the music industry.

50 Cent first released his debut album 'Get Rich or Die Tryin' in 2003 and shares that most of his songs were overlooked by the music industry claiming "I like to say it's racial."

The 44-years-old rapper added, "That's the easy way to get out of things. People who are running and connected to these ceremonies are not necessarily cool people."

Many of you might be raising your eyebrows, why the topic from the long past has been brought up, right?

Well, 50 brought up the topic for his self created and produced television drama series 'Power' with Courtney A. Kemp. The show has been doing quite well receiving good reviews, notably 80% Rotten Tomatoes and 8.2/10 on IMDb.

But 50 admitted it wasn't the first time in his career that he'd been overlooked for awards.

The Insane Feud Between 50 Cent And Lala Kent Explodes On Instagram! >>>

The 44-year-old star – who is one of the best-selling rappers of all time explained:

This project is the same material I used for my music. "I didn't receive an award for Best New Artist when I had the largest debut for a hip-hop album. I sold more records for a first album today. I look at it the same. I'm going to make the numbers.

Ultimately, 50 who plays the part of 'Kanan Stark' on the show believes the industry will eventually regret overlooking 'Power' and the hype it will create.

Cent added: "The viewership before we're done with it, they'll be looking around saying 'Yeah, we f***ed up again.'"

Well, our wishes and support for Curtis and for his show, in fact, the Starz show has drawn quite an impressive viewers and followers for its entertaining style of storytelling.

We sure do hope the showbiz industry values the art the rapper is delivering through power 'cause the television show is mixed with a little hip hop vibe and flavors while the fantastic direction is definitely on of the top on the game.