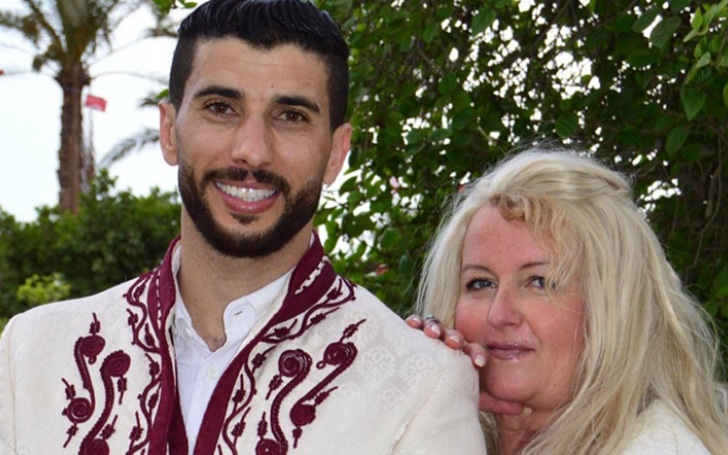 Laura and Aladin, the adorable odd couple introduced in the trailer of 90 Day Fiance: The Other Way.

90 Day Fiance: The Other Way is the latest rendition of 90 Day spinoff series, and to ensure the high anticipation TLC is working hard to raise the hype, coming through with the sneak peek videos of the featured couples.

Fans have already gained perspective on the other couples including Evelin and Corey. Now, they get to have a close encounter with one of the 'The Other Way' couples: Laura and Aladin.

Laura and Aladin was quite an odd couple.
Source: The Hollywood Gossip

TLC just released a new sneak peek trailer which hosted the unique story of the couple, which is sure to come as a surprise to many fans.

The trailer commences with the introduction of Laura, a 51-year-old retiree from Toronto who is currently residing in Florida.

Laura lives with her 21-year-old son Liam, and the two seem to have a very close relationship. At the very least, it's clear they love playing Bingo together.

Laura, who is getting the most out of her retired life in Florida comes off as an adorable and likable person. However, fans are taken by surprise as they get acquitted with the information that she's about to leave her whole life behind to make a journey half-way around the globe to get married! So far, so good.

But then, the trailer steers away from her and introduces us to her fiance. Shock was a common response among many as he was, well, not what we expected.

We come across Aladin who is a personal fitness trainer living in Qatar who is bound to marry Laura. As a matter of fact, Laura was also taken by major surprise when Aladin started "chit-chatting" with Laura over a year ago on social media.

She recalled the time,

Well, her surprise element is quite justified as this is the kind of guy whose each and every selfie garners 'eyes' emoji from thirsty followers. But we have to admit their romantic indulgence is quite an unusual one.

As showcased by the trailer, Laura and Aladin already enjoy a pretty close, and totally charming, relationship.

The fans sure adored the instance which brings about satisfaction on Laura's face while Aladin shows off his abs at her command.

Laura asks him, definitely only half-kidding, "Are you going to be removing more clothes,"

"Come on," Aladin laughs back at her.

The intimate exchange of words between the two got us feeling great for the couple while also making us feel like the camera crew should just leave the lovebirds alone to have their moment.

Although the couple seems very much into each other, it is undeniably hard to maintain a relationship with someone you can only interact with over the internet. Imagine keeping your love alive with someone so far apart that even the time zones are different.

But the two seem to be making the most out of their circumstances. Moreover, Laura went on to express through the trailer how after a year or so of chatting, Aladin took it upon himself to ask if she would like to come to Qatar and meet.

Watch: The sneak peek into the odd couple's story

We already are aware of the fact that she took him up on the offer and the two have already met in person. But we sure would have to wait for 90 Day Fiance: The Other Way to air to find out how it goes down.