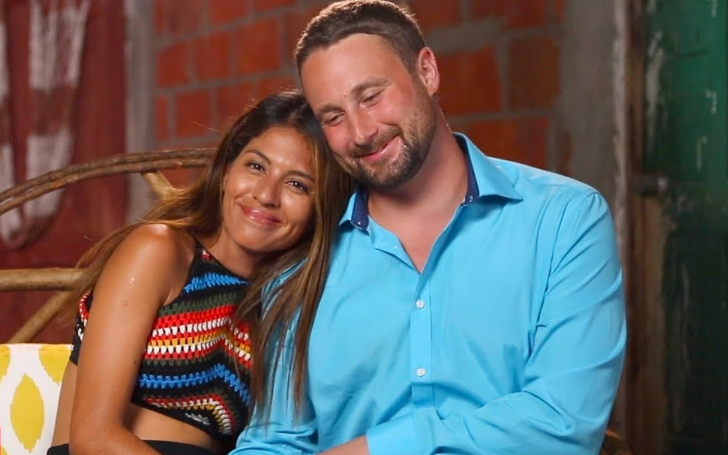 Evelin Villegas May Be Cheating Her Husband, Corey Rathgeber, according to her BFF.

A lot of going lately for the '90 Day Fiance' couple, Evelin Villegas and Corey Rathgeber. While there is good news, the couple got married, but what follows is something disgusting.

Though it's still unconfirmed, the couple got married. The speculations come from 90 Day Fiance watchers, who saw some card lists Evelin Villegas as married, possibly with Corey.

Watch: Laura Claims Evelin Villegas is Stepping out on Corey with New Man

Well, that is not the disgusting thing we were talking about. According to the reports, Evelin may be cheating on Corey, and allegations came from her BFF and included some proof.

It was speculated from the beginning, Villegas was using Corey, and further details from her friend Laura Jallali suggests she could be unfaithful to him.

Laura leaked some photos of the reality star getting all cozy with another man. While this claim is, we know, disgusting, this is not the first time Evelin did something like this.

She was caught dancing provocatively with her former beau, Raul Nomada. But this time, Evelin was with a mystery man, and we will still have to figure out who he is.

Watch: Corey Proposes to Evelin! | 90 Day Fiancé: The Other Way

But whoever the man is, it is clear the two are more than just friends. But one thing for sure, Corey knows she cheated on him with her ex. But still, he stayed with her, which was shocking.

But again, Evelin is seen with some other man, which worrying the 90 Day Fiance watchers now. May be Corey knows already but chooses to keep quiet. Well, let's see what the story unfolds.