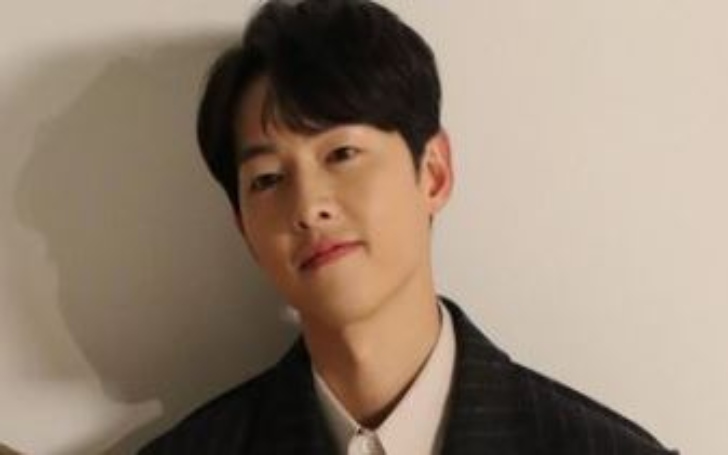 South Korean idol Song Joong-ki is a well-known name in the entertainment world. He is a successful actor who rose to prominence through his appearances in drama and series like Running Man, The Innocent Man, Reborn Rich, Sungkyunkwan Scandal, and so on. Thirty-seven years old, the actor has ground his career since 2008, and there is no turning back for him.

Despite being an Asian actor, he has a fan following worldwide and loves watching his shows and series. Every deed he does makes headlines in the entertainment world. Recently he broke the internet after confirming he is no longer single. Read briefly below to learn about his love life and find out many more interesting facts.

Space Sweepers star Song Joong-ki is one of the most loved Korean actors. His name has been attached to numerous women and co-stars in the past. Well, the wait is over; the actor has recently confirmed that he is seeing somebody.

Though he has tight-lipped regarding his relationships and affairs, many of his well-wishers are convinced he is dating former British actress Katy Louise Saunders who is currently thirty years old. Rumours have speculated that the duo have been dating for over a year.

Korean actor Song Joong-ki and Katy were seen at several ceremonies together, sitting side by side. Recently, Katy and Song also attended his friend's wedding together and blessed the newlywed couple.

Many people have believed that the British actress tutored him during his hit drama Vincenzo where Joong-ki portrayed himself as a Korean-Italian mafia lawyer. Despite all of this, neither of the parties has confirmed their relationship.

Recommended: Facts about South Korean Star Park So-dam; Who Is She Dating?

Prior to having an attractive relationship with a British girlfriend, Song Joong-ki was a married man. He was married to his Descendants of the Sun co-star, Song Hye-Kyo. Taking a glimpse into their love life, they met one another for the first time in 2013 on the set of Descendants. The duo began their sweet relationship as a friend, which later turned into a serious relationship. At that time, their on and off-screen romance was headlined everywhere.

Song Joong-ki and Song Hye-Kyo during their wedding ceremony.

On 5th July 2017, after dating for more than two years, they announced their engagement through their social media accounts. Their fans from all around the world went crazy about the news. On 31st October 2017, they walked down the aisle together at Youngbingwan, Hotel Shilla in Seoul. Several high-profile celebrities, including Yoo Ah-in, Park Bo-gum and many more, attended the beautiful wedding ceremony.

Korean stars Song Joong-ki and Song Hye-Kyo are, without a doubt, the most popular celebrity duos. Their love life is highlighted worldwide and was considered one of the couple's goals for many of the fans. The lovely pair enjoyed their togetherness for more than two years. However, on 26th June 2019, they surprised the whole world after Song field divorced.

Within one month, their divorce was finalized, and they parted ways. Neither of them has opened up regarding their reason for the separation. Furthermore, the South Korean actress has been romantically linked with actors like Hyun Bin and Lee Byung-hun.