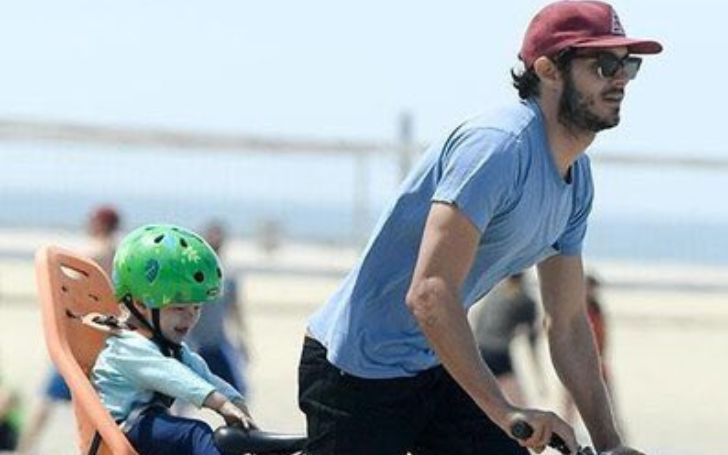 Who are Adam Brody's kids? All Details here!

Adam Jared Brody is a renowned American actor acknowledged for his role as Seth Cohen on the 2003 smash hit teen drama The O.C. The famous actor was born on December 15, 1979, in San Diego, California.

Brody, moreover, is a writer, musician, and producer who's constantly displayed his work of mastery throughout these years after his debut on Growing Up Brady as an actor. The Mr. and Mrs. Smith star's performance in block-blusters like Life Partners (2014), Shazam! (2019), Ready or Not (2019), followed by The Kid Detective (2020), contributed to him acquiring all the fame he enjoys in the present day.

The 40-year-old actor is blissfully wedded to the Gossip Girl's star Leighton Meester. The Hollywood couple is blessed with two beautiful kids. Brody is an incredible father as he's often captured riding a bicycle to his daughter and many other lovely activities. Please continue reading to find more about his children!

Who are Adam Brody's Children?

Adam Brody shares a beautiful daughter and a son with Leighton Meester, with whom he tied a knot back on February 15, 2014, after dating shortly. The actor's elder daughter is  Arlo Day Brody, born on August 4, 2015, in Whittier, California.

Finally, in September 2020, the couple confirmed that they were blessed with a second child. As the alum of Gilmore Girls quoted proudly, 'I have a new kid,' I have a boy, and he's a dream, he's a dream boy.'  on the Twitch live stream of the show The Fun Time Boys Game Night Spectacular.

Recommended: Jude Law's Daughter: All the Details About Her!

Even though the famous duo is yet to announce the little guy's name, nonetheless, the dream boy's been a talk of the town as his parents called him Joe Biden as a joke during the election. Let's hope we get to address him by his genuine name soon.

Adam Brody's Relationship with His Kids!

During Adam's visit to The Kelly Clarkson Show, the Ready or Not actor had a conversation on parenthood where the aspiring actor claimed how having a daughter has changed his perspective on the types of stories that he likes to share with his children.

Furthermore, Brody had a talk with Entertainment Tonight on quarantine with his partner, and the little angels amidst the pandemic had been “a pretty blissful experience.. despite the state of the world.” The lovely couple is strict on information shared to the public regarding their kids; as Adam told GQ, “I don’t seek publicity,.”

Recommended: Who is Pink's Daughter? Learn all About Her Here

All these words reflect his love and admiration towards his kids. In conclusion, the former Gilmore Girls star is immensely grateful and blessed to live life with his kids and spouse, Meester. All we hope is happiness and good health to the family.