home Lifestyle Who is Alan Faneca's Wife? Learn About His Married Life

Who is Alan Faneca's Wife? Learn About His Married Life 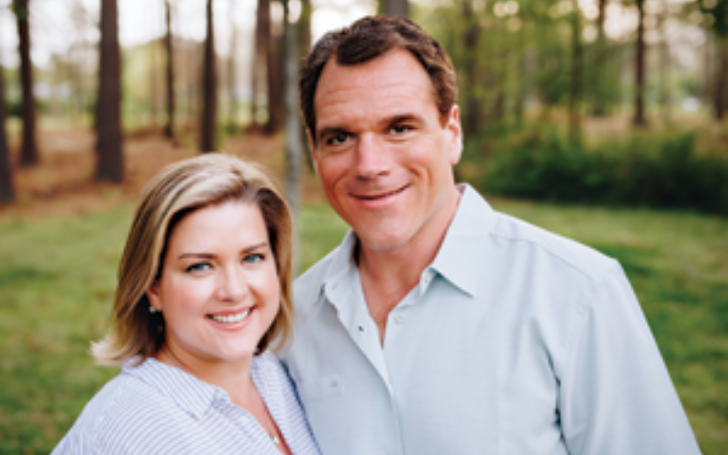 The former football player Alan Faneca played 13 seasons in the NFL as a guard. The veteran player with top teams like Pittsburgh Steelers, Arizona Cardinals, and New York Jets during his long endeavor as a Professional player.

The Louisiana State University graduate started his career by playing for the Fighting Tigers, representing the same university. The successful player was recently honored with the induction into the Pro Football Hall of Fame.

Faneca, born on December 7, 1976, is an outspoken individual who's often discussed his personal life. Continue reading to know more about Alec Faneca's wife.

Who is Alec Faneca's Wife?

One of the most credited players in the NFL, Alec Faneca, is the husband to the beautiful Julie Kuchta. The football head coach of Frank W. Cox met his other half while attending the Louisiana State University. Julie was a freshman then belonging from Virginia Beach.

Julie, who graduated from First Colonial High School, married the Super Bowl ring winner shortly after dating. The couple hasn't always had an easy life as they struggled with conceiving a child for 5 years before the birth of their eldest daughter. Despite many challenges in their way, the duo is bestowed with three beautiful kids.

Recommended: Who is Lane Kiffin's Wife? Learn About His Married Life Here!

Kuchta, the wife of the Jacobs Blocking Trophy winner, discussed her postpartum depression in an interview with CBS Pittsburgh. The brave woman talked about the difficulties like depression and anxiety; hence the lady is involved in awarding myriad women regarding this problem and its solutions.

Despite being tagged as one of the successful players in the NFL after the recent induction as Hall of Famer, Alec Faneca is far more legendary personnel. The Lamar Consolidated High School attendee's been suffering from the neurological disorder Epilepsy since the age of 15.

The brave individual didn't let his health issue hinder him from moving towards his goal. As Faneca quotes, "My dream of playing in the NFL was awakened, and that was when I was diagnosed with epilepsy. I vividly knew that I was not going to let anything prevent me from fulfilling this dream."

Alec proved how willingness and discipline backed with support from his family and team members he could defeat Epilepsy. Fans will always remember the legendary player for his brave works.

Recommended: Who is LeVar Burton's Wife? Learn All About Their Married Life Here!

The player and his wife's initiated a Charity working alongside the Epilepsy Foundation of America called “Bid for Hope." Alec's also acquainted with pharmaceutical company SK life to help spread awareness on the problem.”

Following his retirement from the NFL, Faneca lost over 105 pounds of body weight. His weight loss was one of the most significant changes in his personal life that had a positive impact on his health and wellbeing.