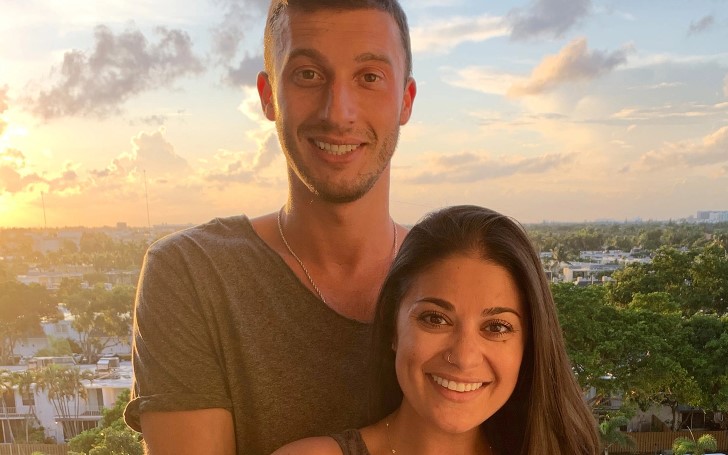 It seems like the year 2020 is proving lucky for the '90 Day Fiance' couple, Loren Goldstone and Alexei Brovarnik. Previously we covered a story of two expecting their first child, and now Alexei becomes a U.S. citizen.

Indeed, it calls for celebration for the Alexei Brovarnik and Loren Goldstone. Loren took to their social media and announced, "That's it! He did it. We officially have a U.S. citizen."

Watch: 90 Fiance | Alexei Brovarnik is officially a US Citizen And His Wife Goldstone Brovarnik Is Excited

The couple was seen taking several photos in front of American flags in their hands outside of the USCIS Immigration Office in Oakland Park, Florida.

The couple uploading their pictures holding American flags, the pair wrote, "Closed this chapter and cannot wait for the next one together!!! US #teambrovarnik #soproud #thisishappilyeverafter #hardworkpaysoff #soulmates #90dayfiance #newuscitizen."

Certainly, the couple was all smiles as they have multiple reasons to celebrate, which also include Brovarnik's American citizenship. A day after they announced the news, Loren again took to her social media to upload a video.

On her video, she stated, "So, the big news in the Brovarnik household. What just happened?" When Loren pans the camera to Alexei, Brovarnik said, "I got it! I got my citizenship. That's it; I am an American citizen now!"

Watch: Congratulations Loren and Alexei !! (Alexei Brovarnik and Loren Goldstone to welcome their baby in May 2020)

After Alexei, Loren barge in and said, "We have a U.S. America, you guys! I am so excited! And thank you all for following the journey with us."

The couple, who got married during their 90-day visit in September 2015, is expecting their child, and now they all are American citizens, which is good for them beyond any words for the couple.

You May Also Like: Who Is Alexandra King Dating after Break-Up from Jimmy Garoppolo?

Well, all the best wishes to the couple, and hope everything goes well for the couple as they are expecting their baby boy in May. For more information on your favorite celebrities' lifestyle, stay tuned to Glamour Fame, and don't forget to sign up for the newsletter.