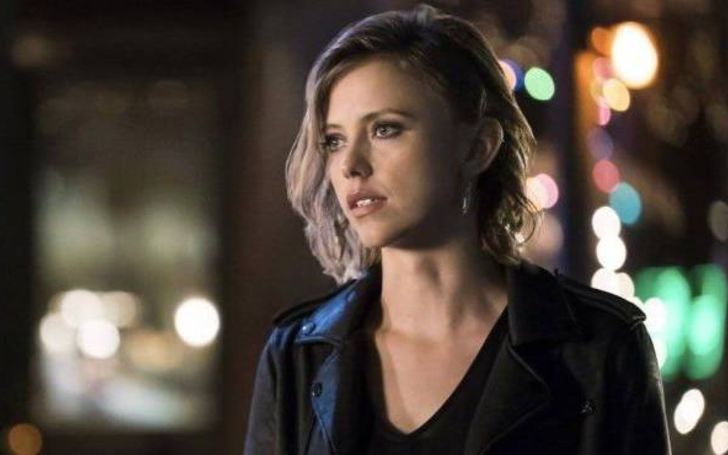 The star that shined in the Hollywood industry through her prominent role as 'Freya Mikaelson' on 'The Originals', actress Riley Voelkel is quite the underrated one in town.

The April-born actress also played the role of Jenna Johnson on the HBO television series, 'The Newsroom', and the younger version of Jessica Lange's witch character, 'Fiona Goode' in 'American Horror Story' Season 3.

Riley Voelkel Started Out As a Model

The Canadian-born was just months away from joining college when she got scouted by an agent. She casually decided to try her luck and went to Los Angeles for further opportunities.

Though destiny had some other plans for the lady, Voelkel joined an acting class that was recommended by an agent. After some challenges, she was successful in being a part of the entertainment industry.

'The Original' actress has a pretty athletic background. The actress has her lean legs as the proof of that.

Riley was very much involved in sports through her high school and was quite good at it as well. She actively played softball for nine years before being scouted as a model in the industry.

First Break from 'The Social Network'

Riley's first significant accomplishment in the industry was in 'The Social Network' as an uncredited role of a club girl.

Voelkel signed with an agent and got herself a contract for starring in the role of 'Carrie' in the independent film, 'The Secret Lives of Dorks' in 2013. Also, in 2014, got cast in the popular series, 'The Originals', as 'Freya Mikaelson'.

'The Originals' star is quite open about her romantic relationship with lover, Mike Robertson, and doesn't shy away from expressing her love in the social media.

The couple is still going pretty strong since 12th October 2016. Instagram fans go gaga over the pictures of the adorable couple.

Fan littlezippie wrote, "I had the pleasure of meeting Riley's boyfriend in August, she is sooooo happy, and she said that she is super lucky, but shhh don't let him know, lol like he doesn't know. ❤️," whereas rainbow_girl_pn wrote, "Wow! Cute couple! Want Originals back again! Greetings from Sri Lanka."

Net Worth and Income of Riley

Voelkel started pretty young in the entertainment industry. Being a part of movies like 'The Social Network', popular television series like, 'The Originals', 'The Mentalist', 'Glee', 'Roswell, New Mexico', and many more, the actress has her bags full of riches.

The diva during the premiere of Lionsgate's 'The Spy Who Dumped Me'.
Source: Zimbio

The model lives a comfortable and above-average living standard life. From all her works, the diva has accumulated an impressive above $1 million net worth.

Stay tuned for more Entertainment articles only on Glamour Fame.