Alicia Keys is Returning to Host the Grammy Awards Next Year 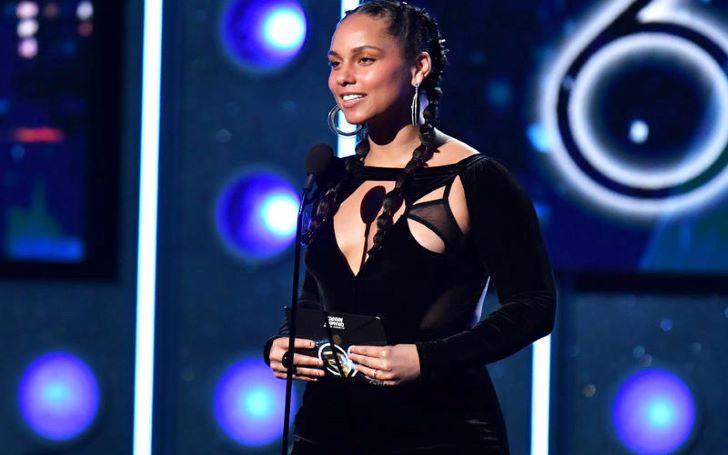 Alicia Keys is the first female recording artist to host the star-studded ceremony, Grammy Awards two times in a row.

After making a success at the 61st annual Grammy Awards on Feb. 10, Alicia Keys will return as the host of the star studded event in 2020.

Keys hosted the star-studded annual music awards for the first time in February and completely stole the show when she played a medley of hit songs on two pianos at the same time.

In a statement with Billboard shared how happy she is when the opportunity came once again. She further added,

Last year was such a powerful experience for me. Not only did I feel the love in the room, but I felt it from around the world, and it confirmed the healing and unifying the power of music.

Alicia Keys has been a beacon of artistry within the music community for more than two decades. Last year was a testament to her compelling creativity and we are thrilled that she will return to the Grammy stage as our host.

'My Boo' made this announcement on Wednesday sharing a video of herself as the current Alicia Keys discussing hosting with Alicia Keys from February 2019. Care to have a look!!!

Keys, who is a 15-time GRAMMY-winning singer, songwriter, producer, and global superstar, recently released a remix featuring 21 Savage of her Miguel-assisted song, 'Show Me Love.'

Likewise, the 'Girl Is On Fire' singer's autobiography, 'More Myself', which was originally planned for release this month, is now slated for March.

The nominees for all 84 categories for the 62nd annual Grammy Awards will be announced on November 20 and the main ceremony in the ceremony will be held on January 26, 2020.