All Disney+ Marvel Series will Carry Budget Closer to $150 Million 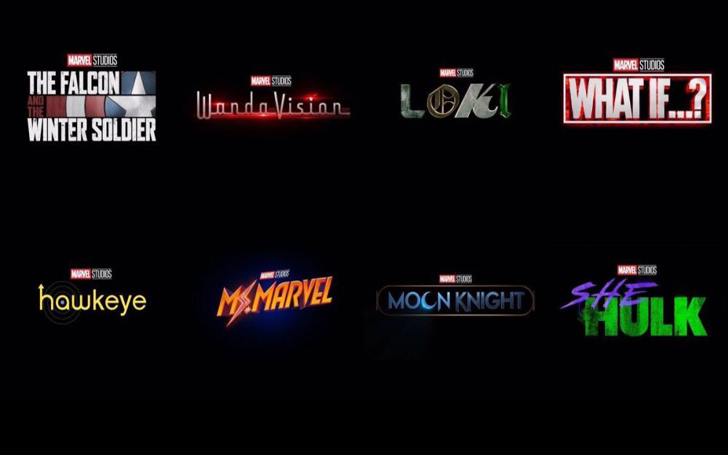 Marvel is set to putting up about $150 million per series in the upcoming Disney+ lineup of MCU shows.

The word is Marvel is not going to cheapen the new series they are making exclusively for Disney+. TV or streaming, we should say, is a platform which is only growing and with growth comes innovation and with the slew of streaming services now available to the people they are trying to make sure the best or splashier content is present on their service.

So, to dress up the streaming platforms, the major studios are dumping millions of dollars on content. We’ve already heard of the $15 million per episode tag of SEE coming to Apple TV+ and not to be deterred Marvel Studios is going to spend an almost similar budget of an MCU movie on all of their upcoming new series.

Watch: All the announcement of the upcoming Marvel series plus three more addition to the team

When all the budget of the Marvel movies are taken into consideration the lower end of the spectrum for an MCU movie sits at $150 million which was spent on the first 'Ant-Man' movie and according to Variety the new streaming platform will be looking to spend the same amount of money for all of the new shows lined up in the Phase 4 of the MCU.

Disney unveiled five TV shows currently set for production at this year’s comic-con with 'Falcon and the Winter Soldier,' 'Hawkeye,' 'WandaVision' and 'Loki,' the four of the five live-action series coming in the next two years, will carry a budget close to $150 million. Each series is set to be producing only 6-8 episodes so if Marvel is going to spend such amount of money; then all the episodes are going to the most expensive ever produced.

Watch: Disney+ is coming this fall with all the Disney, Marvel, Pixar and Fox programs.

The fact 'Game of Thrones' spent $15 million per episode for their final output now seems like a footnote of everything coming our way this fall and the whole next couple of years. When there are so many choices for people and large pocket organizations footing the bill, it will be of no surprise when we start getting $10 million per episode budgeted series on the regular.

Kevin Feige was recently said to be getting involved in the Star Wars franchise, and the expenditure by Marvel Studios on the TV series shows more and more likely the TV wing of Marvel will be brought under the wing of Marvel Studios with the Marvel maestro, Feige, overseeing Marvel projects on all the platforms.

There was confirmation a 'Ghost Rider' series was coming soon with the actor who played the character in 'Agents of SHIELD' taking the role in his own series, and now there was a word the series was canceled which signals to more power to the boss of Marvel. He is the golden boy of current cinematic climate, and no one’s ever posted the type of numbers Kevin posted with his 23 Marvel movies bringing in more than $26 billion at the box office. This is probably the reason why almost every aspect of Marvel will soon be probably under the control of Kevin.

The company also announced three more series will be coming to Disney+ which includes She-Hulk, Moon Knight and Ms. Marvel. This was announced during D-23 and it is going to awesome to see the company spend boatloads of money on the series.

Watch: All the announcements and highlights from D-23 expo

The fact the studio is willing to spend the type of money they are going to spend shows the power of Marvel and Disney, and if they can maintain a constant slew of hit series then it won’t be soon when Disney+ is referred to be 'THE' streaming content provider in the world. And frankly, over $150 million in outlay for a TV project will allow the shows not to lose the Marvel flair and will provide the audience with quality content both in the cinemas and in the comfort of their own home.

None of the Marvel series are currently filming with most of the creators and writers putting finishing touches on the script, We heard 'Falcon' received a fitting for his uniform so we are not far away when first images and trailer for the shows start to come online which will be a clear indication on how much the studio is spending on each series.

Before you leave, make sure to check out the Movies & TV Shows section to get all the information on upcoming new Marvel shows. Also, do not forget to visit Glamour Fame to be in the know about all the latest news and gossip in the world of entertainment.