home Entertainment All you need to know about Heather Storm; Personal Life and Wiki

All you need to know about Heather Storm; Personal Life and Wiki 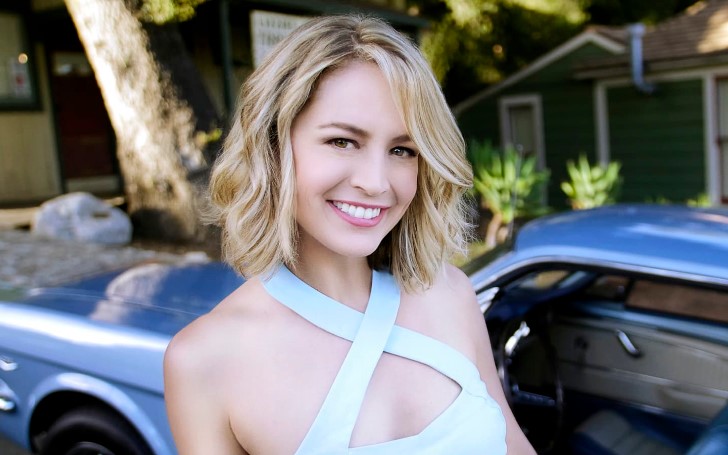 Heather Storm is an American actress who was born on May 24, 1992. The star who is known for her stint on reality TV series 'Garage Squad' originally hails from West Chester, Pennsylvania.

We have gathered some interesting facts about the 27-year-old actress who still manages to attract a lot of attention from the fans, which we thought you might like to give it a read.

Heather Storm Was an Environmental Biologist

Heather Storm, who was born to parents, Dan Storm and Phyllis Trotta, was always an adventurous person from an early age. Her fascination with nature drove her to Oregon State University, where she graduated with a BA degree in Environmental Science.

Also See: What is Heather Storm from Garage Squad Doing These Days?

After graduating from her college, the 27-year-old actress pursued a career as Environmental Biologist. The actress was involved in sustainable tourism and started to work for 'Eco-Conscious' projects. Moreover, the actress also got to fulfill her dream of exploration and adventure to the Turks and Caicos Islands, where she served as a Scuba Rescue Diver.

Heather Storm is Also an Entrepreneur

While Heather Storm got to enjoy what she loves, like traveling and exploration, the actress also tried her hands in the business, where she enjoyed success. Heather has co-founded Black Lab Mixology, Boutique, and Consultancy, a company that serves its clients with a variety of drinks and juices.

Heather's company is based in LA, Cali, and has managed to collaborate with big names in the industries like CBS, Google, and other more notable company, which proves her credibility in the market.

Heather Storm started her acting career from the movie, Underbelly, in 2003, but she is mostly recognized for her stint on the hit reality show, Garage Squad.
Source: Very Celebs

You May Also Like: Facts about Jared Goff's Girlfriend Christen Harper?

The show ran from 2014 to 2018, which helped Heather to etch her name on people's hearts. Moreover, she is also a writer, producer, and has also tried her hands in direction, which is genuinely a plausible thing.

Since Heather has tried her hands in a plethora of jobs from environmental biologist to actress, it's pretty much obvious the 27-year-old actress has managed to garner a vast fortune from her varied works.

Moreover, the actress is also an entrepreneur, and by looking at its position, it seems the company is making a considerable fortune, which is sure to increase her wealth as well. According to sources, Heather Storm holds an impressive net worth of $2 million as of 2020.