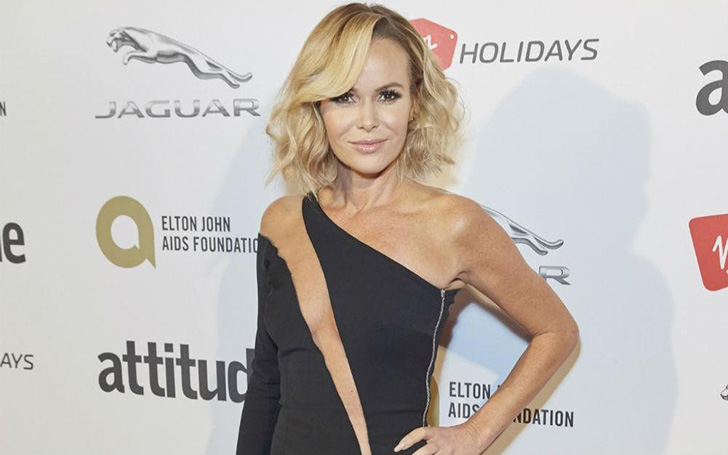 Amanda Holden hit back at her critics saying she loves it that people are still talking about her 'tired old breasts' and she is nearly 50!.

It looks like people will never be happy with anything and will always have something to complain about.

This time, its for Amanda Holden's outfit. Many complained that Britain's Got Talent judge's outfits choices were not suitable for a family show.

Another unforgettable series of #BGT a massive thank you to all the auditionees, everyone at home who enjoys the show and all that voted for our winner, congrats Colin 👏 pic.twitter.com/LhgLl3tKJ4

Holden hit back at her critics with a typically cheeky reply, the English-actress said she loves it that people are still talking about her 'tired old breasts' and she is nearly 50!.

The talent judge further added she is still clueless why no one seems to talk about her co-host, Alesha Dixon, when she certainly has great features and younger than Amanda.

In another interview, Holden sportingly joked about her tits saying her tits seem to become show's biggest talking point every year. The actress said she had plenty of complaints, but none from her home.

When Amanda wore the spider's web dress this week, the talent judge said that she actually wore a nipple cover and for her that a first.

Holden further added she was thinking that it's a family show and people talk about her boobs every year, so the actress thought she would wear a nipple cover.

Recommended: Stevie Wonder Blind Condition: How Did The Singer Become One Of The Most Successful Musicians Of All Time Despite His Disability?

All said, Amanda's dress looks just perfect and in no way seems inappropriate. People should just stop complaining about everything.