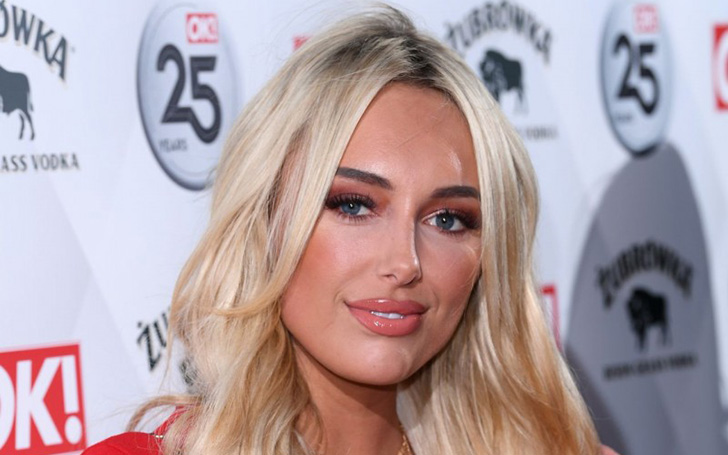 Recently, TOWIE's Amber Turner declared that she is still sleeping with Dan Edgar.

On Tuesday, TOWIE star Amber Turner ensured all eyes were on her as she went for a girls night out at Nobu restaurant in Mayfair, London.

For the night out, Turner went for a double denim outfit which shows off her curves. She went for a skintight white bodysuit and denim jeans. She cinched in her waist with a Gucci belt and boosted her height in neon orange stilettos.

The 25-year-old star accessorized the look with an envy-inducing miniature Louis Vuitton handbag. She kept the hair middle parted with bouncy curls and for the make up she opted for bold makeup, fluttering lashes.

See More: Megan Barton Hanson Opted For An Animal Print Dress During Night Out In Soho

Amber put her plump pout on display with gloss to ensure her puckered lips were eye-catching. She drapped her denim jacket nonchalantly over her shoulder. 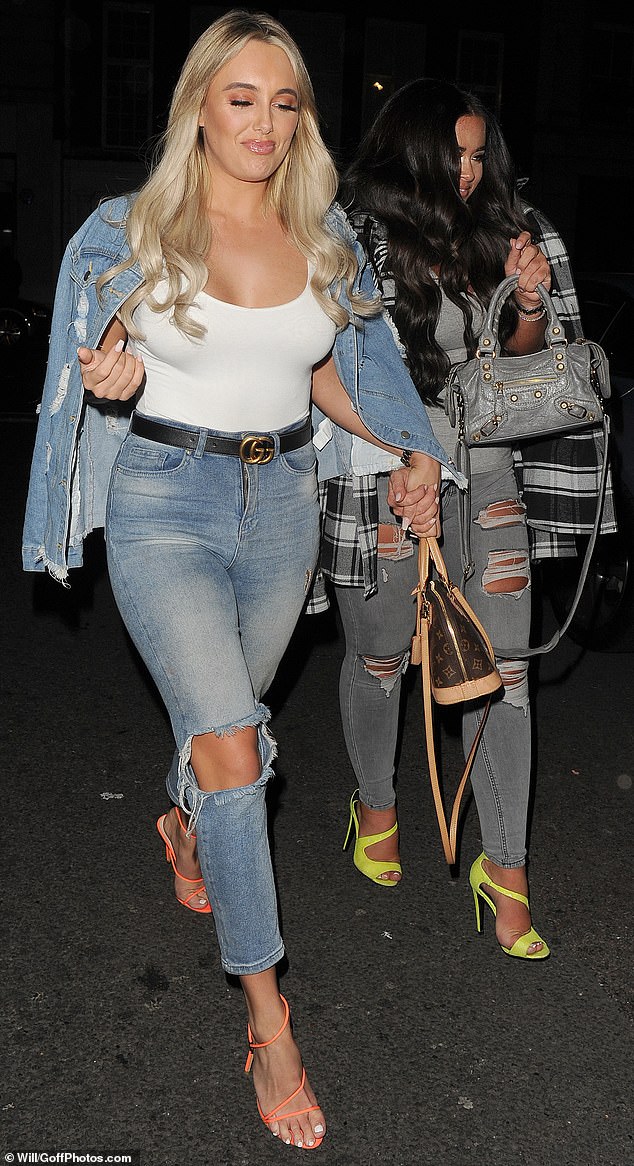 Amber Turner with her friends during girls night out.
SOURCE: Daily Mail

In the spoiler clip for next week's episode, teh star was chatting to Pete Wicks and Diags amid the Chloe Sims and Dan relationship drama, where she declared that she's been sleeping with ex Dan in recent days.