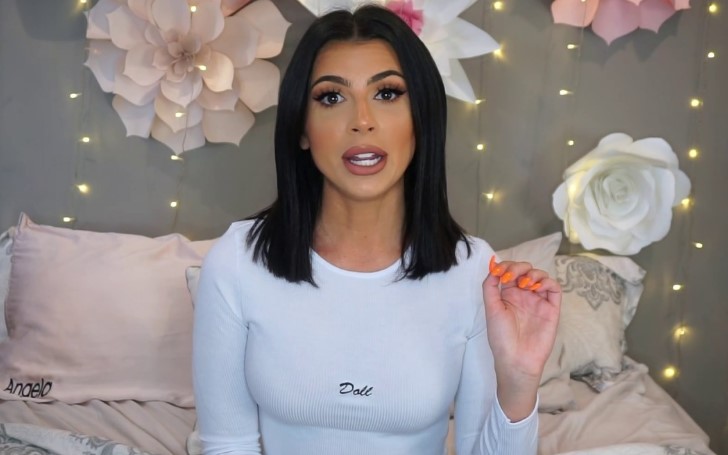 Angela Babicz is a television personality known for her stint on the show, 'Ex On The Beach US' season one and two. She has numbers of other reality shows to her name like 'Bad Girls Club' and others. While it's apparent she has done a couple of tweaks on her body, like her hair, boobs, nose, etc., she is true to herself.

There's an excellent reason why people like her or hate her for the same reason; she is the most real person you will ever see. Angela never shies away from when it comes to telling the world about her plastic surgeries and all; she just does it. She never lies, and in fact, she once said, "I have fake boobs, fake hair, and stuff, but everything that comes out of my mouth is 100 percent true."

Well, there you have it, you can pretty much imagine how bad of a girl she is, with full of attitude for which people like her. While it's no surprise people who followed the show know well about her and her attitude, but lately, some are confused about one thing, her boyfriend. So, is she dating someone or still single? Let's find out.

Angela Babicz Boyfriend - Is She Dating Someone?

At the beginning of their relationship, everything was fine. The former couple had a very humble beginning, and they quickly fell in love with each other. But soon after, Babicz was not comfortable in her association with Thomas. Angela thought Nelson was showing 'toxic' traits. Babicz created a scene when she was so insecure about Nelson's 'toxic' traits, which she assumed, of course, that she took him to Dr. Phil's episode.

Also Read: Is Griffin Gluck Dating Someone? Find Out About the Young Actor is in a Relationship or Still Single

Despite Dr. Phil advising otherwise, the couple stayed in the relationship for a couple of months, but two broke up later. The couple who started dating back in 2018 broke up in July of 2019.

As we mentioned earlier, Nelson Thomas and Angela Babicz met on the set of 'Ex On The Beach' Season 2. The former couple had an on-and-off relationship for a year. And the reason for that is obvious too. Angela thought Nelson had some toxic traits which created the problem in their love life.

Now Angela, after months of her split, calls her breakup "the best thing to ever happen,' and she has an excellent reason for it. Babicz, talking with one of the media outlets, said, "it has been a long time coming, and I am in a completely different headspace."

Angela added, "I am reading books about psychopaths and narcissists during my time of social distancing, which has helped me cope up with the breakup. I have been in a relationship majority of my adult life, and finally, it's time to get to know myself better and find my inner peace as I am single.'

Well, it seems like her last breakup was a wakeup call for her to introspect and make her life better. We wish her all the luck.

You May Also Like: Sean Evans Girlfriend - Is 'Hot Ones' Host Dating Someone or Still Single? Let's Find Out