Sean Evans Girlfriend - Is 'Hot Ones' Host Dating Someone or Still Single? Let's Find Out 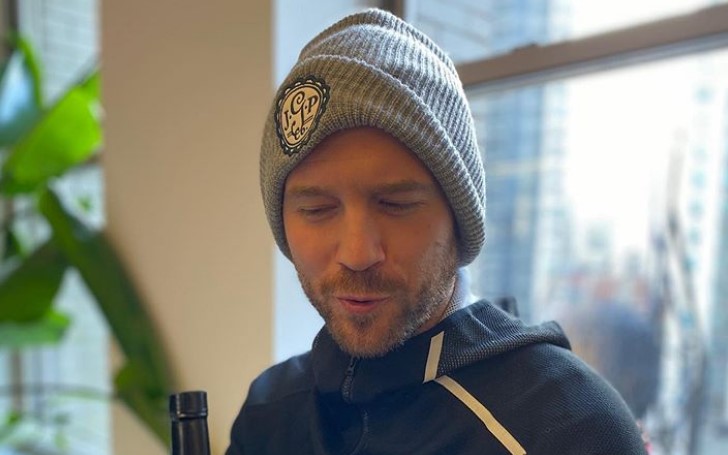 We hope you are aware of the famous TruTV show where the host of the show invites its celebrity guests and ask them to eat chicken wings with deadliest of hot sauce in the world. Indeed, we are talking about Sean Evans.

Sean Evans' 'Hot Ones' Got so popular among the fans that there is another spin-off 'Hot Ones: The Game Show.' The show invites regular people who appear on the show and answers the pop culture trivia. The person who fails to answer the question will have to, well you guessed it, try the hottest sauce.

Sean Evans is not only good with his shows but also a very humble and down to earth kind of person. That's the reason people love him about him. While it's no doubt people love and adore him, but is there someone he loves? Well, that's precisely what we tried to find out and came with some answers which we hope you will like it. So, let's find if Sean Evans is dating someone.

Sean Evans Girlfriend - Is the 'Hot Ones' Host Dating Someone or Still Single?

Sean Evans is in a relationship with his girlfriend, Natasha Alexis Martinez, since 2018.
Photo Source: Sean Evans Instagram

While it's not clear when the couple started dating, but it is speculated that the pairs began their relationship from mid-2018, which makes their romance almost two years now. Despite already in a relationship for several months, the love is still there, and the two are growing each day.

Also See: Who is Madelyn Cline? - Some Facts to Know About the Actress

They are very supportive of each other; they do not just love each other but also love each other works, which is apparent from their social media when the couple once in a while gives shout out to each other for their work. Isn't that lovely?

Who is Natasha Alexis Martinez?

Just like her beau Sean Evans, Natasha Alexis Martinez is also a TV and digital personality. Natasha is the host of 'Complex News' and also appears on 'American Latino TV.' As a Latina herself, her works are focused around covering stories of Latinos in the entertainment industry. She has made her name on the top of the list covering pop culture, music, film, beauty, and style.

Before she tried her hands on TV and digital platform as an anchor, Natasha bagged the title of Miss California USA; Moreover, she is also a former Los Angeles Laker Girl. The TV personality was equally good on her studies too; Martinez is a graduate from Chapman University in broadcast and journalism.

You May Also Like: Does Tim Robbins Have a Girlfriend? Let's Find Out About His Personal Life