home Entertainment Does Tim Robbins Have a Girlfriend? Let's Find Out About His Personal Life

Does Tim Robbins Have a Girlfriend? Let's Find Out About His Personal Life 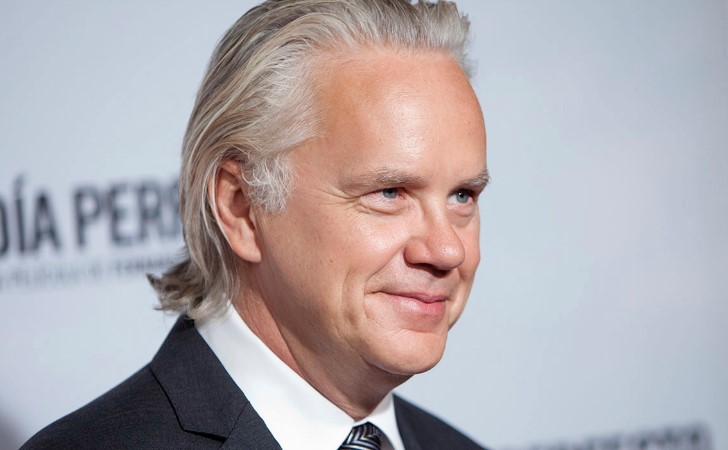 Tim Robbins, a 61 years old personality, who is an actor, screenwriter, director, producer, and musician, is known for his stint in the film, 'The Shawshank Redemption," for playing the character of 'Andy Dufresne.' However, he has a long list of hits to his name, like 'The Hudsucker Proxy,' 'Jacob's Ladder,' 'Mystic River,' and so on.

Tim Robbins originally hails from West Covina, California; however he was raised in New York. But later he moved to Greenwich Village with his family. The family of artists, as Tims's father was also a into a music field, the actor developed a passion for arts and music.

Giving himself a humble beginning, the actor started acting career from Theatre from his teenage years. His passion really grew, and soon after Tim graduated from college, he started "Actors' Gang" in Los Angeles, which was an experimental theatre group, and that's how his career began to leap.

Also Read: Is Griffin Gluck Dating Someone? Find Out About the Young Actor is in a Relationship or Still Single

Since it's nothing new how he became the greatest actor and a musician, we were a little curious about his love life. We have heard some rumors and gossips about his personal life, but are they even real or just some hoax. Let's find out everything here and also get details about his relationship status.

Does Tim Robbins Have a Girlfriend or Still Single?

This is all we have wanted to know for a while if Tim Robbins is single or in a relationship. The 61-year-old actor is still single; however, it's not been much he has been that way. Well, apparently, the 'Shawshank' actor was in a relationship with his ex-girlfriend, Susan Sarandon, a couple of years ago, while that has changed now.

Tim Robbins and Susan Sarandon called their relationship off in 2009, after 23 years of togetherness.
Photo Source: Daily Mail

Susan Sarandon, who is best known for her stint in the movie, 'Bull Durham' and Tim Robbins, were madly in love despite being a 12-year-old age difference between the two. The former couple met in the set of the same movie Susan got her fame from, 'Bull Durham.' All odds aside, the former pairs were loved and admired by many fans and friends in the industry.

The former lovebirds spent more than two decades, 23 years to be precise, but never considered taking their relationship a step further, not even engaged. Their split, certainly not expected, even by the actress herself, came in 2009, and never considered going back to each other again.

Why Did Tim Robbins and Susan Sarandon Split?

Well, Susan Sarandon opened up about her relationship and her split with Tim Robbins after the two walked the separate route. According to the actress, despite staying together for 'twenty-something' years together, they did have some differences.

Tim Robbins and Susan Sarandon were in a relationship, and had a family together for more than two decades.
Photo Source: Telegraph

Susan said she never considered marrying Tim, it's not like she never loved or their romance faded over the time of 23 years. Still, Sarandon had some different theories for their relationship, which Tim did not seem to like very much and decided to call their relationship off.

Susan, despite truly in love with Robbins, never wanted to marry him because she thought marriage would ruin everything between them as they will start to take each other for granted. Moreover, she believed the institution would make them stop appreciating each other.

On her words, Susan said, "I thought that if you didn't get married, you wouldn't take each other for granted as easily. I don't know if after twenty-something years that was still true. I didn't think it would ever happen. You bring people into your life at certain times. Maybe you have a relationship to have children, and you realize that it's fulfilled after that point."

Tim Robbins was seen with a mysterious girl back in 2016.
Photo Source: Daily Mail

Well, it seems like Susan's plan for 'perfect relationship' backfired, and the former couple called it off in 2009. Since then, Tim Robbins has remained single. While Sarandon was in a relationship with much younger film director, Jonathan Bricklin, but the two also called it off after five years of dating.

Tim, however, was also seen with much younger mysterious girl, too, back in 2016. Before that, in 2013 also, the ladies' favorite Tim was seen with a younger woman. Seems like he has a soft spot for women of young age, however, none of them were able to establish a meaningful relationship after his split with Susan.

You May Also Like: Bella Cuomo is Tik Tok Star - Find Some Intriguing Facts About Chris Cuomo's Daughter