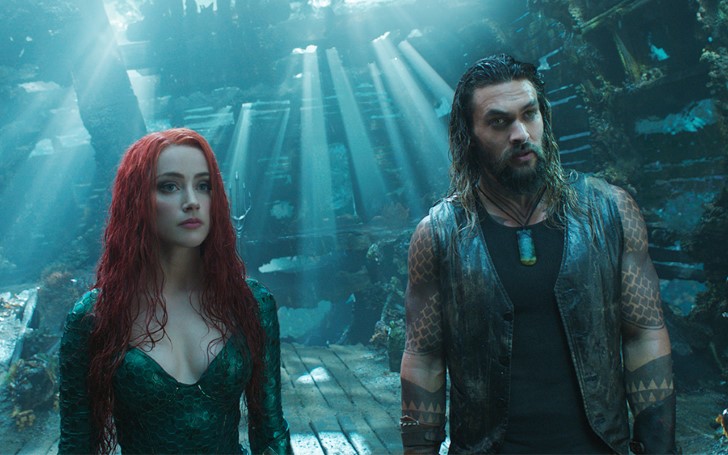 Earlier in the day, Aquaman star Jason Momoa took it to Aquaman's official Instagram post to thank his fans for the impressive success of the film.

Regram from @prideofgypsies: Mahalo everyone for making #Aquaman the number one movie in the world. I love you guys. I’m so proud of this movie and everyone that worked on it Aloha j CHEEEEEHUUUUUUUU 🤙🏽😜

Currently, Aquaman ranks as the third highest grossing DC Comics-inspired blockbuster for the studio, behind The Dark Knight Rises ($1.084 billion) and 2008’s The Dark Knight ($1.003b).

The film is enlisted in a high position on Warner Bros.’ highest-grossing films of all time list, beating 2002’s Harry Potter and the Chamber of Secrets ($878m) for the 12th spot.

The Dark Knight Rises is second on that list behind 2011’s Harry Potter saga finale Deathly Hallows: Part II at $1.341b, while The Dark Knight is ranked fourth, just behind 2012’s Lord of the Rings prequel The Hobbit: An Unexpected Journey ($1.017b).

$1 billion is certainly a possibility in the coming weeks for the Trident of Neptune’ depending on how screens hold offshore. Japan is still to open on February 8. The James Wan-directed Aquaman’ led With $10.1 Million on New Year's Eve Box Office and added $12.4 million yesterday from 79 international markets.

Starting off this DC comic superhero movie didn't do very well in the beginning and was prone to harsh criticisms. However, these numbers garnered by the movie apparently is interesting which in fact is mindblowing.

Aquaman earned only $67.4 million in its opening while, Wonder Woman racked up a total of around $103 million which in fact is lesser than the total earned by DC's probably ill performing movie Justice League ($93.8 million).

Also read: 'Mary Poppins Returns' Became The Outright Winner of The UK Box Office on The Final Weekend of 2018

The half-human, half-Atlantean Aquaman DC Comics is the second-biggest solo superhero at the box office with $887 million. Considering the hype, the DC is presumed to move on with Aquaman's sequel in the coming days.