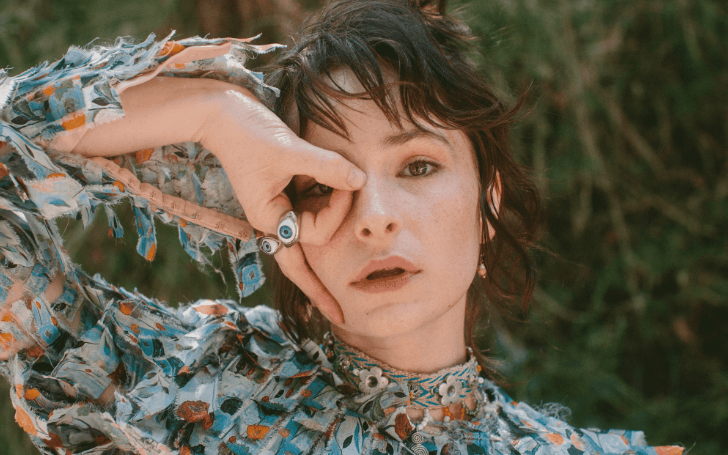 The dancer-turned-professional actress Ashleigh Cummings is a regular face in the Hollywood industry. The Australian actress gained fame from her portrayal of 'Robyn Mathers' in the movie, 'Tomorrow, When the War Began'.

Despite the tag of being an Australian actress, Ash was born in Jeddah, Saudi Arabia, on November 11, 1992. Her mother is a sonographer, whereas her father is a radiographer. She also shares a bond with younger siblings, Hannah.

Ash won the Best Actress Award for the film Galore in 2014.
Source: Instyle

The actress's parents were employed at the Saudi Royal Family at the time of her birth. However, the Cummings family moved to Australia when Ashleigh was 12 years old.

Cummings Had a Keen Interest in Dancing

Little Ashleigh's always been dancing since her childhood. The craze started when she took ballet classes at just the age of two. Continuing the dancing spree, she began attending 'Street School of Performing Arts' while focusing on both dancing and acting.

The brunette graduated from the Screenteens Program at the Screenwise Film & TV School for Actors in Sydney, Australia. Well, now we can see where the latent comes from.

Cummings first made her screen debut by being a part of Miss Elizabeth's Dance Troupe in Darren Ashton's musical comedy 'Razzle Dazzle.' Around the same year, she joined the Film Academy for a course on film production.

However, the beautiful actress got her major break in 2010 through a cast of a serious, quiet, and competitive 'Robyn Mathers'. The movie was an action-adventure war drama film that was based on a book.

After that, Cummings played 'Debbie Vickers' in 'Puberty Blues' from 2012 to 2014. Her performance in the show was pretty impactful. It also got her two AACTA Award nominations (2013 and 2015) for Best Lead Actress in a Television Drama. While in 2014, she won the Best Actress Award at the 16th Annual St Tropez Antipodes Film Festival for her role as 'Billie' in the movie 'Galore'.

You May Also Like: AJ and the Queen star Katerina Tannenbaum; Facts about the actress

Presently, Ashleigh appeared in 12 episodes of New Zealand comedy-drama series named 'Westside' in between 2017 and 2018. She got in her first American series as a lead actress in the supernatural horror series, 'NOS4A2'.

Ashleigh in a Relationship with Aaron Jakubenko

The gorgeous lady is in a relationship with fellow Australian actor Aaron Jakubenko since 2016.

Aaron is a rising actor who gained fame through 'The Shannara Chronicles.' He played the role of 'Ander Elessedil', while also appearing in more than 30 episodes of 'Neighbours' from 2009 to 2013.

The actor is a Melbourne, Australia-born and shares a sister named Clare and brother who performed in the band 'Red Ink.'

For more information on your favorite celebrities stay tuned to Glamour Fame, and don't forget to sign up for the newsletter.