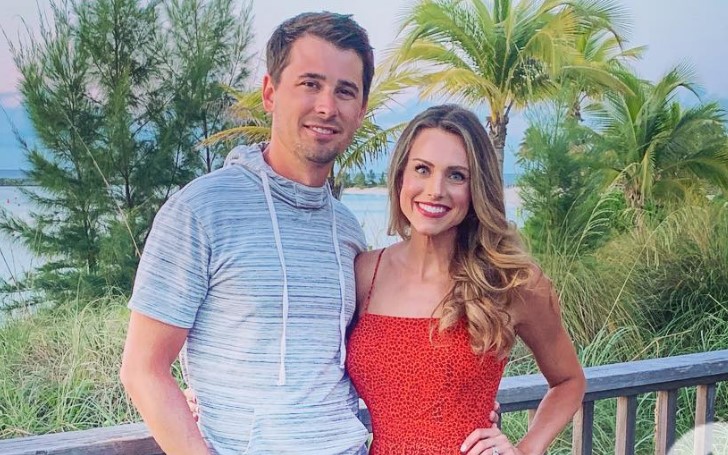 Ashley Salter and Austin Brannen are expecting a second child, which is due in March 2020.

The former contestant of 'The Bachelor,' Ashley Salter, and her husband, Austin Brannen, are expecting their second child. The reality TV personality took to her Instagram account and uploaded a picture of her and her family, showing a baby bump.

The picture which was uploaded on Monday saw Ashley with her husband, Austin, and son Brooks, 2, in the Bahamas, as the place where the couple got married three years ago. Ashley captioned the picture, "Paradise with my loves."

The excitement for the new baby is apparent on the picture as the couple had a big smile on their faces. One of the fellow 'The Bachelor' alums, Annaliese Puccini, commented on the picture to congratulate the couple.

The reality star first announced she is expecting a second child on September 7, 2019. She announced the news on Instagram, where she wrote, "We are over the moon about our Baby GIRL arriving in March."

The couple was in the same University, and that's precisely when the two started dating. Still, the real romance sparked between the two when Ashley returned to Georgia after her stint on season 2 of 'Bachelor in Paradise' and season 19 of 'The Bachelor.'

The real estate broker and the reality TV star, who got engaged in 2015, welcomed their first baby boy in 2016, seems thrilled about their second child.

Glamour Fame team would like to congratulate the couple and wish them happiness. For more information on your favorite celebrities' lifestyle, stay tuned to us, and don't forget to sign up for the newsletter.