Avengers: Endgame: The Writers did not Want to Kill Thor 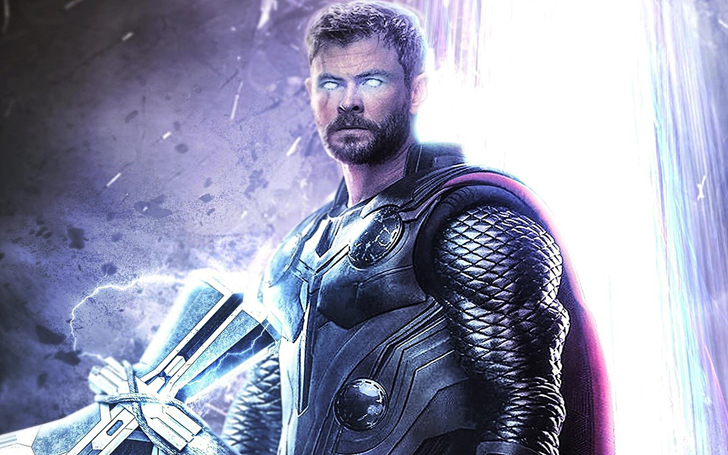 Thor was the one character safe from the killing hands of the writers of Avengers: Endgame.

'Avengers: Endgame' came and went, and it gave nothing but satisfaction and good memories on years of build-up. No one expected the movie to be as great as it ended up being, were there problems? Definitely! But most people really did not care because it was an undertaking unlike anything ever seen before and something we are unlikely to see ever again.

There were going to be some problems when taking on such a massive endeavor, but after 11 years and 22 movies, they were able to say they provided a complete story which can be viewed as a TV shows but with feature-length films and over $150 million budget.

To make the final film, there was a lot of groundwork the directors and the writers needed to lay down, and it was a long process to write the movie and formulate the plot of who goes where and who dies in the end. There were a lot of deaths in the film, and according to Christopher Markus and Stephen McFeely, they were given the green light to kill anyone they wanted as long as they stick the landing, by Kevin Feige.

So, if you are mad about any of your favorite characters dying in the movie, then blame Markus and McFeely. But they were provided with a job to do, and after multiple iterations of various characters dying, the writers decided to remove three of the original 'Avengers' off the board. They said they could’ve just gone for a bloodbath, but instead, they decided to half the numbers of the original 'Avengers.'

But out of all the characters they killed in the early versions of the script, there was one character who was always protected from the mass execution at the hands of the writers, and it was 'Thor.' They gave a simple reason for not wanting Thor dead by saying, “It’s not necessarily that we knew they’d get more stories, it’s just that…Thor has sacrificed and sacrificed and lost and lost. It’s not a good ending to kill him. To have him finally, reasonably content with himself—and with his current weight.”

It is true, throughout the MCU, 'Thor' is probably the only character who lost more than any other 'Avengers.' He lost his brother in the first Thor movie, lost his mother in the second one, lost his father, his eye, and his home in the third film, and then at the end of 'Infinity War,' he lost half the population of the world. The writers did not keep 'Thor' off the chopping blocks because they were aware of more stories about Thor coming down the pipeline (Thor: Love and Thunder is coming), they did it because he suffered enough through all the movies; he was due a redemption arc.

Watch: Thor: Love and Thunder cast and director at the comic con

When 'Hulk' and 'Rocket' arrived at New Asgard in 'Endgame,' they meet a new 'Thor,' a wide 'Thor,' someone broken and beaten down by the world to the point where he doesn’t even know what his purpose on this earth is anyway. There were people in the studio, and during the making of the movie about the appearance of Thor, according to the writers but the fear was diminished after they saw him in a fat suit.

But the reason for making him fat was also to find redemption and dig himself out of misery by the end of the movie. Markus said, “By the way… there were some people who were like, 'No, he has to magically lose weight.' [Laughs.] That was one of those sobering moments on set where some people were afraid. He’s going to put on the fat suit, and he comes out and basically looks like everybody on the crew. That’s not a fat suit! That’s a normal-person suit! But Thor was resolved. There’s a joy in letting him go off aimlessly into the ends of the universe.”

Though some people were troubled by the way Thor was portrayed in the film, it was a great redemption arc for the character, and after all he went through, finally, there were no kingdom to look after or enemies to fight, all that was left for the character was the vast unknown of the space and new beginnings.

Well, new until Natalie Portman arrives to play female Thor in the Phase 4 'Thor' movie, so be ready for that one. 'Avengers: Endgame' is now on Disney+ with some added scenes and it finished out its box office run as the highest-grossing movie of all time, if interested check out the added scenes, they are pretty fun.

Before you leave, make sure to head on over to our Movies & TV Shows section for all the latest updates on the MCU, both small and large screen. Also, do not forget to visit Glamour Fame to be in the know of all the happenings in the world of show business.