home Movies & TV Shows What Can We Expect From Natalie Portman's Female Thor In The MCU?

What Can We Expect From Natalie Portman's Female Thor In The MCU? 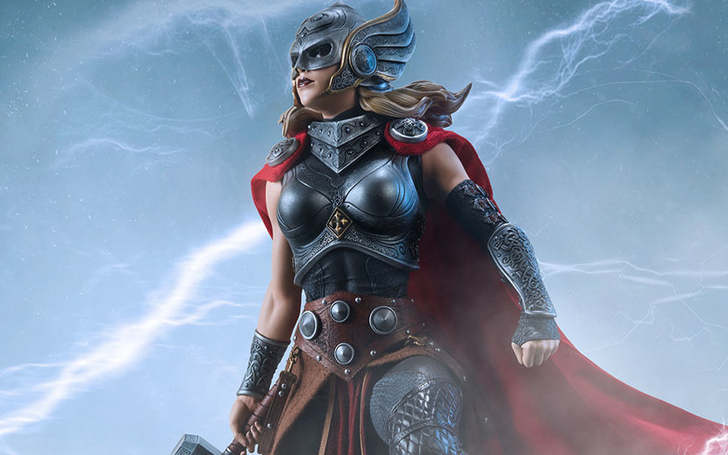 Natalie Portman is making a comeback to the MCU and this time she's got a hammer.

Marvel finally made their much-awaited appearance at Comic-con on Saturday when Kevin Feige appeared in Hall H to make some announcements about the future of the MCU. Most of the announcements were ‘confirming the rumor’ variety, but there were two surprises that no fans saw coming. One of the surprises was the announcement of a Blade movie starring Mahershala Ali which almost blew the roof away in Hall H, and another announcement that no one expected was when Natalie Portman was introduced as the female Thor.

Thor 4 was an unexpected announcement when Marvel confirmed the fourth movie for Thor is coming and Taika Waititi is returning as the director. It was surprising enough we were getting a fourth Thor movie, then we got the title for the film ‘Love and Thunder’ then Taika did his Taika thing, and he announced the new Thor movie would be getting a gender makeover as 'Jane Foster' will be the latest person worthy enough to lift the hammer.

It was a big surprise as Natalie Portman arrived on stage and Taika kneeled to give her the hammer. When asked how she felt about being the female Thor and lifting the hammer, she said, “I’ve always had hammer envy.” It was a subtle nod to the Jason Aaron series that introduced Jane as Thor in the rebooted Thor series.

In the comics, Thor loses his power, and a female gets the power of the god of thunder. The new Thor was revealed to be Jane Foster after she was revealed in the eight-issue of the rebooted comic.

Natalie Portman was last seen in a cameo appearance in Avengers: Endgame but her last full-fledged appearance was way back in Thor: The Dark World. She was missing in Thor: Ragnarok where a fan on the street told Thor they were sorry Jane dumped him. But now we are certainly getting a female Thor, and Jane is coming back in Thor 4.

In the comics, Jane Foster was cancer-stricken when she got the power of Thor. She even fought Thor at one point, Odin also sent people to get the hammer back in the comics because he was angry someone other than 'Odinson' was lifting the hammer.

Watch: The comic-con video of Natalie Portman as Thor

Jane played a prominent role in 'Secret Wars', so every sign is pointing towards a Secret Wars saga. Let’s hope Jane gets rid of her cancer and takes up the mantle of Thor. By the way, we want helmets with horns, and we want blonde wigs, and we want some cool stuff Jane can do with the hammer. As for now all we can do is wait for the movie as Chris Hemsworth and Tessa Thompson are returning ass Thor Odinson and Valkyrie.