home Movies & TV Shows There Was Baby Yoda; Then There Was a Baby Sonic - New Japanese Trailer Shows Off a Rare Clip from 'Sonic: The Hedgehog' Movie

There Was Baby Yoda; Then There Was a Baby Sonic - New Japanese Trailer Shows Off a Rare Clip from 'Sonic: The Hedgehog' Movie 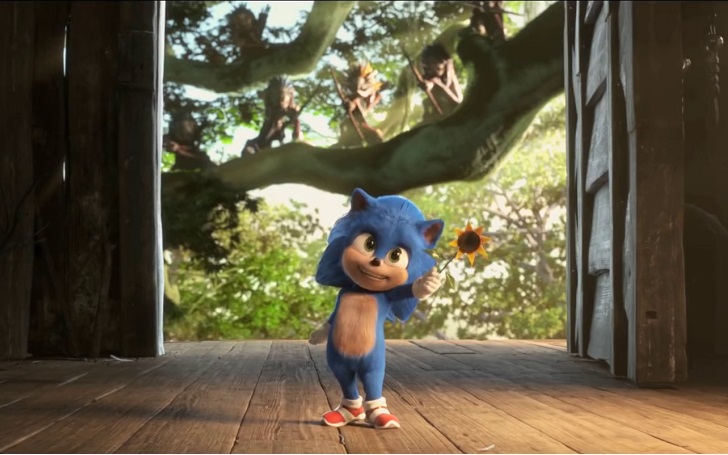 Everyone found something else to adore as a Japanese trailer of 'Sonic: The Hedgehog' released recently featured a baby Sonic.

While many are still yet to get over the cuteness of 'Baby Yoda' from 'The Mandalorian' series, a new baby has arrived, keeping everyone's heart at joy. An international trailer for 'Sonic: The Hedgehog' movie was launched in Japanese, which featured a young 'Sonic' holding a sunflower at someone taller than him.

As soon as the video was launched, comments flurried in with users mentioning 'baby Sonic' to grab the attention of anyone who happens to pass by the trailer, if they don't understand the language. Of course, everyone found him extremely adorable.

It doesn't mean baby Yoda will fade away soon. There's already competition from fans from either side about which one is cuter. While the trailer showed the young Sonic, it is not yet definite if the scene will actually be used in the movie.

However, there is a chance that the movie will also go through Sonic's early beginnings and feature a portion for baby Sonic. Imagine the hype after that. The video also contains the announcement from the official Japanese site about keychains being available of the adorable baby Sonic.

Everyone is gushing over the new trend to happen.
Source: Sonic the Movie JP, Twitter

Paramount pictures are making quite an impression for the movie step-by-step leading up to its release after initially facing criticisms over the bad character design of the main star of the show.

After pressure from the anticipating fans of the video games, who will obviously be their confirmed viewers, they quickly redesigned the character with better CGI. Not everyone was appreciative of the idea of moving the release date so far from the initial date. But given the circumstances, they would've been sure to lose a lot of viewers with the initial design.

Now it seems, everything is going to be worthwhile, all the complaining and the wait as it is just around the corner for the world to flood into theaters to see the movie from February 14, 2020.