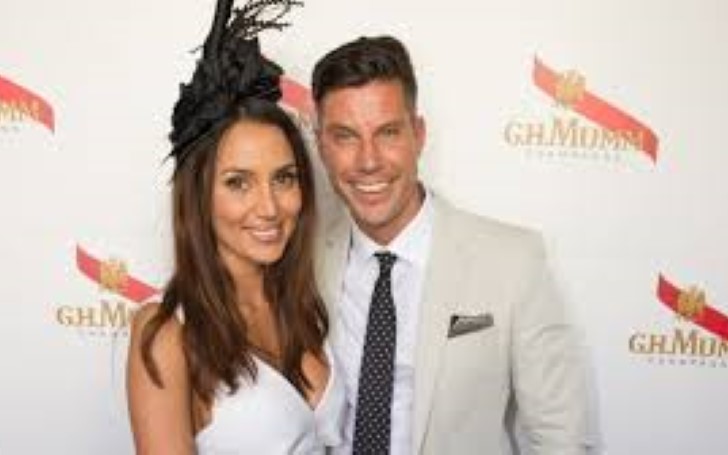 Congratulations to The Bachelor's Snezana Markoski and Sam Wood who turned their rose ceremony to an actual wedding ceremony.

Snezana Markoski and Sam Wood, the participants of The Bachelor married on 29th November 2018 at Byron Bay's famed Fug Tree restaurant in the region's hinterland.

The couple tied the knot in a grand ceremony attended by families and friends. The bride's daughter, Eve walked on the ceremony as a bridesmaid whereas the pair toddler Willow appeared as a flower girl in a Coco Blush.

Both the couple were looking stunning on their wedding. The Bride wore a long-sleeve custom lace Pallas Haute Couture gown whereas the groom was dressed in a light suit.

The single mom, Snezana and fitness guru Wood met for the first time in 2015 on the show, The Bachelor Australia. At the end of the season, she won the heart of Woodand eventually got engaged.

Also read: Priyanka Chopra and Nick Jonas Are Married, And Confirmed Their Husband And Wife Status With Photos

Check out the video where they spent some special moment at the show:

Moreover, in 2017, the couple welcomed their first child, Willow. Snezana, as a matter of fact, has a daughter from her previous relationship who lives with her and Sam.

In an interview, Sam explained about their relationship,

''It's kind of crazy how much we've been through in such a short period of time. I think it just consolidates everything. I mean it was kind of this crazy way that you meet, and then Snez and Eve moved to Melbourne and that kind of felt like a really big step. Then we got engaged and that was a really big step. And then when Willow was born I think that was really the biggest thing ever…I think we'll have another child at some stage as well...what a wild ride.''

Moreover, Snez and Sam are the second couple from The Bachelor Australia who makes it to the last after Anna Heinrich and Tim Robards.