Barbara Corcoran Gives Out Five Tips for Better Finances in 2020 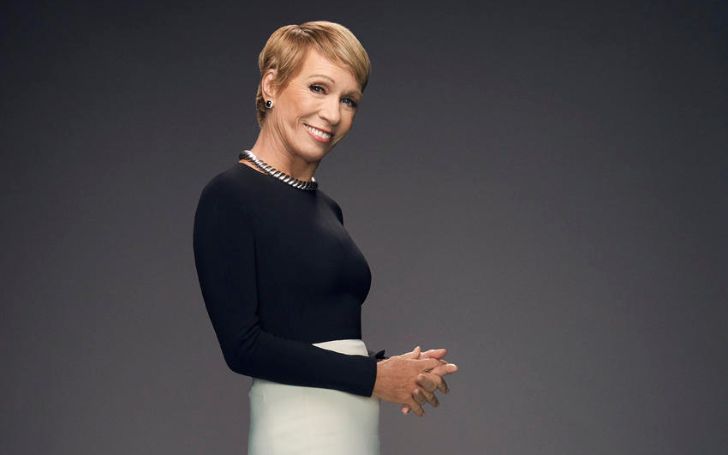 Who can talk money better than the billion-dollar business tycoon, Barbara Corcoran.

The shark tank star, Corcoran is a self-made millionaire who's seen it all, yet stands proud being what she is. The proud 'Shark Tank' investor has evaluated and invested in thousands of startups, taking her success even higher and higher.

So, for fans wanting to get some insight, we've brought tips for better finances in 2020 by the millionaire herself.

The first and foremost trick is always to put yourself before anything else. The day you start loving yourself and term yourself as the most important thing, that's when the unknown doors to your life open.

Barbara's current net worth is around $80 million.
Source: CNBC

Barbara expressed her financial resolution is the same every year. It is to invest in herself. The Investor told the story of buying a $340 fancy fur coat from 'Bergdorf Goodman' with her first commission. Splurging on yourself can sometimes be the best decision.

Sure, the woman could break the stereotypical shopping spree. But one of her beliefs is you need to invest in yourself to get ahead. The expensive coat was her best purchase because it made her feel like the actual queen of New York real estate. Not only her, but everyone around started to believe it.

It's not just a coat that can make you feel better; every individual has their ways. It can be a spa treatment, a holiday or just a day by yourself. One thing that stays stagnant is you'll never regret an investment you made in yourself.

2. Put Your Money to Work

The second advice from the American businesswoman is never to let your money stay immobile. Letting your money sit in the bank to depreciate can be your worst financial decision. Instead, make the best of it.

The businesswoman took $1,000 in 1973 and turned it into a real estate empire.
Source: INC

You should instead put the money to work by investing it in any profitable sector which will continue to give you good cash flow.

3. Spend a Week Using Only Cash

One of the advice Corcoran wished somebody told her in the 20s was to spend a week by only using cash. The key was only to use tangible cash and not any credit or debit cards.

The author is a host of the hit television show 'Millionaire Broker with Barbara Corcoran.'
Source: InTouchWeekly

Barbara explained when we put our money in a credit card, it feels like a great value, however, while putting cash out and we have limited money only, then we can know how much one's honestly wasting.

Also See: Elaine Callei Trebek - Facts You Need to Know about the Businesswoman

There is also much research done on this matter, which proves that people spend more with a credit card than actual cash.

As much as investing is an important matter, equally, there's also another part to it. One should never forget that future offerings can also dilute investment.

Barbara in the midst of cracking a deal in the show, Shark Tank.
Source: LifeAndStyleMag

Corcoran advises everyone to be sure to check on how much the company is expecting to raise, terms of sale, the value of the security, and how it affects the investment owner. The main point is to invest only how much one can afford to lose.

The last and the most honest advice is to trust your gut freely. There nothing that works more than your instincts.

In one of her statements, Barbara said she'd made money on every investment made by listening to her guts, and if ever she lost, it was due to ignoring it.

Tune in to Glamour Fame for more information regarding celebrity news, and don't forget to sign up for the newsletter.