Who is Bari Weiss's girlfriend? Once dated Kate McKinnon 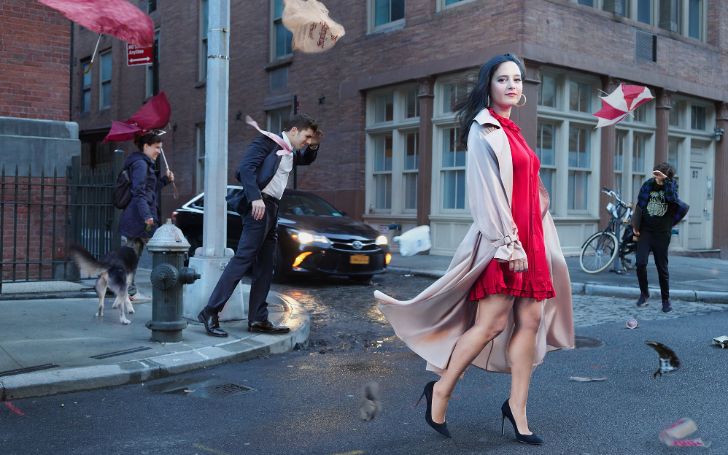 Find out the relationship status of America writer and editor and LGBTQ activist Bari Weiss.

Bari Weiss, born on March 25, 1984, from Lou and Amy Weiss is an American opinion writer and editor who is currently the editor and writer at The New York Times.

Weiss, who joined The New York Times as a staff editor in the Opinion section in 2017, and as in now is listed as one of the world's 50 most influential Jews.

Weiss describes herself as a "left-leaning centrist."
SOURCE: @bariweiss

But besides a successful journalism career, the 35 years old is also noted for being a feminist and her LGBTQ relationships. So here we present you with all the details of Bari's love life and past affairs.

Who is Bari Weiss's girlfriend?

As in now, Bari's in a relationship with the former Vice News correspondent  Nellie Bowles.

Nellie is famous for covering the technology world of Silicon Valley. Formerly she worked as a journalist for the Argentinian English language Buenos Aires Herald, the San Francisco Chronicle, tech site Recode, and British daily The Guardian.

The couple maintains a low-key relationship as they are yet to make any public appearance, but Nellie's often seen sharing their snaps on her private Instagram. Nevertheless, the lovebirds shares a common profession and works for a prominent newspaper organization, The New York Times.

Check Out: The Extraordinary Love Story of Grant Gustin and Wife Andrea Thoma

They've been in a romantic relationship for almost two years now, and Nellie seems more open about their affair than Bari. Well, this might be due to Weiss' controversial relationship with high school sweetheart Kate McKinnon and her failed marriage (m 2013- div 2016) with an environmental engineer husband Jason Kass - the founder of Toilets for People.

Once Romantically Hitched with Kate McKinnon

Apart from Bari's successful journalism life, the 'How to Fight Anti-Semitism' author also made headlines for her relation with American actress, comedian, and writer Kate McKinnon.

However, the 'New York Times' columnist shut their romantic fling sharing on Vanity Fair profile that she and Saturday Night Live's premiere star Mckinnon dated on and off for years in college, and maintain a friendship. Weiss shared,

I've been in love with both men and women," Weiss told Vanity Fair. I don't trade on my sexual identity in that way for political points. I think that's lame, and it's not my style.

As in now, Bari is open about her sexuality and her relationships; one of the most influential Jews and notable feminist is an inspiration to many people who were hiding their sexuality under their chest.

Related: Who is YouTuber Bretman Rock's boyfriend in 2020?

We hope you enjoyed the article, stay tuned for more Entertainment updates only on Glamour Fame.