Rochelle Roman - Some Facts to Know About Baron Corbin's Wife 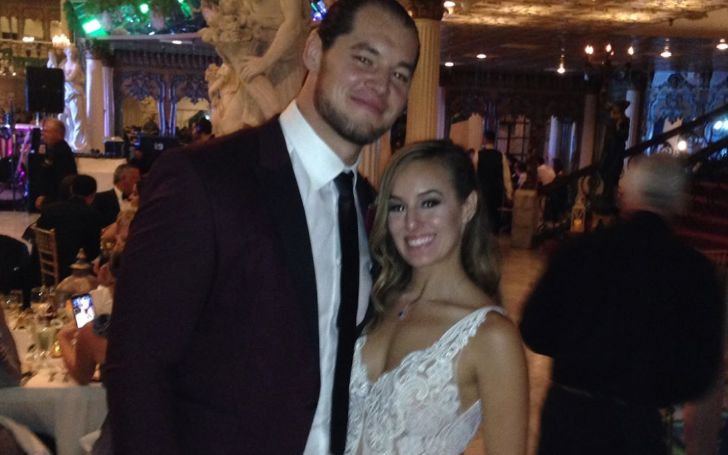 Rochelle Roman is famously known as the wife of professional wrestler Baron Corbin. His real name is Thomas Pestock, who is currently signed to WWE and also performs for the RAW brand. The wrestler is one of the renowned faces out there.

Roman got her share into popularity when she married longtime beau, a famous wrestler, Pestock. The couple dated several years before they finally tied the knot on 2017. After that, there are many fans out there wanting to know Rochelle. So, here we bring some of the facts about Baron Corbin's wife.

A Little About Rochelle Roman, Married To Thomas Pestock

The gorgeous wife of WWE wrestler was born on August 29, 1991. Her birthplace is in Tampa, Florida, and her parents are Carlos Roman and Ivonne Roman. Her birth sign is Virgo, and the lovely lady is infact a registered nurse based in Florida.

Rochelle dated her spouse, Pestock, for a while after tying the knot with him on April 29, 2017, in Clearwater, Florida. The pair has been married for over three years and are in a blissful relationship together.

Baron Corbin is an American professional wrestler and also a former professional football player. Currently, he signed to WWE under the SmackDown brand. He goes by the name King Corbin.

Did you know Thomas won the award for Most Hated Wrestler of the Year in 2019?
Photo Source: Kind PNG

He was born on September 13, 1984, in Lenexa, Kansas. The former NFL player won the Golden Gloves three times as he played offensive lineman for the Indianapolis Colts and Arizona Cardinals of the National Football League.

You May Also Like: Drew McIntyre Wife - Find Out Who the Pro-Wrestler is Married to

The wrestler debuted at the annual WrestleMania 32 by winning the Andre the Giant Memorial Battle Royal. At that time, he won the 2017 Money in the bank men's ladder match and the WWE United States Championship.

Rochelle and Baron share a lovely daughter who is going to be a year old in 2020.
Photo Source: Instagram

As confirmed by our source, the little girl was born on April 2019. However, Baron shared her picture four months later on August 28, 2019. Besides this picture and a couple of others, the wrestler rarely chooses to share his personal pictures on Instagram.

The 29-year-old is quite the secretive person out there. However, we do know that she is a nurse by profession. By that, we could estimate that the lady love of Baron earns $70,000 annually. As for her bulky husband, Corbin stands proud at the net worth of $2 million.

The tall wrestler earns a handsome salary of $285,000 per month, along with his brand endorsements. The couple shares the income together in their household, which consists of vintage cars and bikes.

Also See: Kathy Ireland Net Worth - How Rich the American Entrepreneur is?