home Lifestyle Who is Billie Lourd's Husband? Learn About Her Relationship Status Here

Who is Billie Lourd's Husband? Learn About Her Relationship Status Here 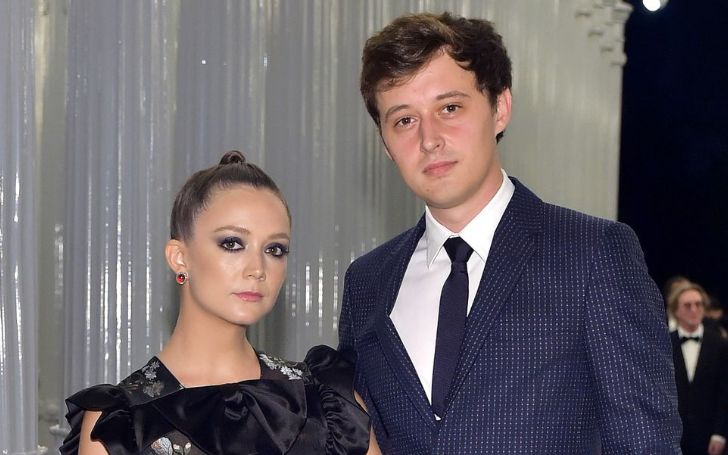 Billie Lourds's Relationship Status in 2021: A Look at the Actress Love Life!

Billie Catherine Lourd is an actress. She is mainly known for starring as Chanel #3 in the Fox horror-comedy series Scream Queens and the FX horror anthology series American Horror Story. She also appears as Lieutenant Connix in the Star Wars sequel trilogy.

On July 17, 1992, she was born in Los Angeles, California, to her parents Carrie Fisher and Bryan Lourd. She is engaged to an actor. Continue reading to know more about her partner.

Who is "Scream Queens" Star Billie Lourd Engaged to?

Billie Lourd is engaged to none other than actor and producer Austen Rydell. He is the president of entertainment at Morning Moon Productions, which he founded alongside Kyle Owens in 2018.

According to his website bio, Austen graduated from NYU Tisch School of the Arts in 2012 with a BFA in Theatre. He focused on event production, becoming a chief operating officer at CrowdFood and founding events such as the Downtown LA Donut Festival and Fairfax Outpost.

In the past year, Billie has had her successful acting career. She mainly appeared as Lieutenant Connix in the Star Wars sequel trilogy, following her mother's footsteps.

How did Billie Lourd and Austen Rydell Meet for the First Time?

It's unclear how Lourd and Rydell met; according to popular outlets, they stated that the pair started dating in the early year of 2016. Nevertheless, after a short-lived romance, the couple called it quits for some reasons.

Lautner became Lourd's emotional support in the fallout, and the pair went on to date a few times before calling out quits in July 2017. In 2017, Lourd and Rydell reconnected by amending the past, and since then, things have only continued to heat up between them.

Over two years, Lourd and Rydell's romance has only gotten more substantial, and they recently confirmed this notion by sharing an exciting announcement on Instagram.

On June 26, 2020, Rydell revealed in a post that he'd popped the question to Lourd and that she'd gladly accepted his proposal.

She said YES!! (Actually, she told Duh') but I guess that's even better than yes?!?" he captioned a series of photos that sum up their budding romance. Her relationship with her partner is still going strong as ever.