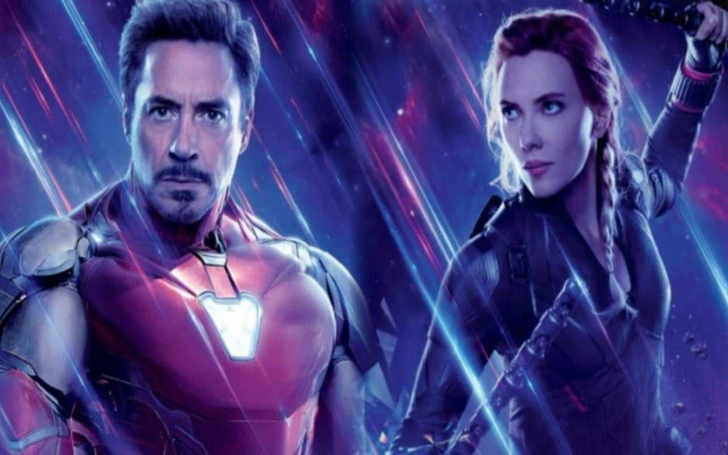 According to Deadline Robert Downey Jr. is coming back for one final time to support Black Widow in her solo movie.

Iron Man/Robert Downey Jr. made his final appearance in the emotional ending moments of the Avengers: Endgame. But according to new reports, the character is coming back for one final appearance in Phase 4 of the MCU. According to the news coming out of Saturn Awards where the head honcho of Marvel was awarded for his contribution to superhero movies, the news filtering out from the award show states Iron Man is coming back in the upcoming Black Widow movie.

Black Widow movie was long rumored, but it is finally arriving in Phase 4 of the MCU. The whole thing was confirmed at the SDCC with the cast taking the stage, which featured Scarlett Johansson, David Harbour as the Russian version of Captain America, Florence Pugh as a sister figure of 'Natasha' and finally 'Rachael Weisz' in an unspecified role. The villain for the movie is going to be Taskmaster, and it seems everyone is coming for the Black Widow. Now, it seems she will most probably be aided by Iron Man, according to the reporting by Deadline.

Natasha Romanoff’s movie is set between the Civil War and Infinity War which makes this movie a prequel, and by design the film can feature numerous former characters of the MCU but instead of clogging the movie with superhero cameos, the creators of the films are seemingly going forward with the tried and tested method of getting Robert to play a small, yet impactful role. Robert Downey is a force multiplier, and there is always a boost when it comes to Iron Man appearing in any of the MCU movies, so, in a way, Iron Man can act as both an insurance policy and a final bow for an MCU legend.

According to Deadline, “Downey will be seen in the role of Stark one more time, however, in the Marvel prequel Black Widow in May 2020.” There were rumors Robert Downey Jr. would be returning and making an appearance in the Black Widow movie, and it was all speculations and fans’ wishful thinking but in the way the news outlet said it in their piece, like a sure thing is what really got confirmed the appearance of the actor in the much-awaited film.

The possibility of a supporting role in the movie is none to minimal, considering this is the over-due solo film of Black Widow and we are not expecting anything in the lines of say Spider-Man: Homecoming. But there can probably be a cameo from the character to help out Natasha in the time of her need. In the SDCC sizzle reel which was brought by the creators of the movie, the clip started with the sound of Tony saying, “They’re coming for you.” It was just a simple line to imply the people of authorities are coming to take away the spy after she aided in the escape of Captain America and the 'Winter Soldier'. But now, since the story of Black Widow is based after the Civil War, the statement by Tony got a whole different amount of weight.

Black Widow was the member of the Avengers, and the Avengers were no more after the fighting and arrest of half of the heroes, which makes Natasha an easy target for people from her previous life. Nat said she'd got a lot of red in her ledger and those markings and bodies didn’t just simply drop without anyone knowing, there must’ve been people pissed and wanting revenge for what she did. There is no back up for her, no heroes coming to aid the former assassin and just a Taskmaster is one formidable foe which makes the appearance of Iron Man in whatever capacity a welcome one.

Watch: The ending of Captain America: Civil War where Natasha parts ways and goes off on her own

The heroes were not on the best of terms when the separation happened, and no matter how Stark feels about the Captain, there is no animosity between Nat and Tony. But maybe he is not coming back to make a cameo, and there will be a flashback scene or an unused scene from Civil War being retooled to fit the Black Widow movie. To tell the truth, we are down with all of it; even a force ghost would do (kidding, imagine the outrage).

Black Widow is coming back for a final outing in her own solo film, and as of now, it seems Tony Stark is also coming along for one last bow when the movie releases on 2020. We were excited to see Natasha in her solo film back when it was announced and now just imagining Iron Man being back and seeing how Nat ended up hooking up with Captain’s crew in Infinity War is even a bigger prospect we cannot miss.