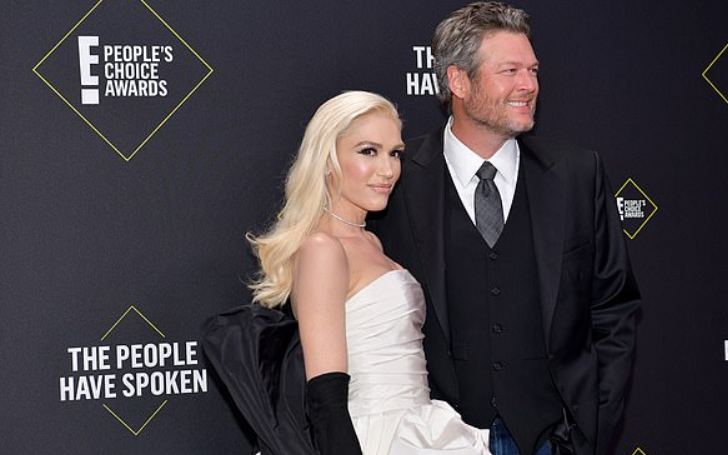 Blake Shelton may propose his longtime girlfriend, Gwen Stefani, soon, according to one of the 'Voice' contestants.

Blake Shelton is on the verge of proposing marriage to his longtime girlfriend, Gwen Stefani. All these reports came out as one of the 'Voice' contestants, Rose Short, said the couple had a moment on the set of the show, which just suggests "It's coming."

Rose, who is a member of Gwen's team and just advanced to 'The Voice's top 10 artists for season 17, revealed there was a sweet behind the scenes moment she caught on the 'Voice Set.'

Rose said, "We were backstage getting ready, and she was getting her makeup done. He stopped, and it was like -- so much going on that nobody saw it but me -- but he was standing there, and he looked at her like he was so proud. So it's gonna happen."

Short added, "He's smitten by her. He's going to ask. He is in love with that lady. You could see it all over him."

Blake and Gwen were friends long before they started filming 'The Voice,' they don't only fight on the show, but it helped their friendship grow into romance, as they both had gone through breakups at the time and helped each other through difficult times.

Shelton was finalizing his divorce with Miranda Lambert, while at the same time, Stefani was also filing a divorce to her husband, Gavin Rossdale, who reportedly had an affair with their children's nanny.

The now-couple confirmed they were dating back in 2015, the couple is going strong so far, and the country singer popping the question seems inevitable.