home Lifestyle 'Blue Bloods' Star Donnie Wahlberg - Who Is His Wife? How Many Children Does He Share?

'Blue Bloods' Star Donnie Wahlberg - Who Is His Wife? How Many Children Does He Share? 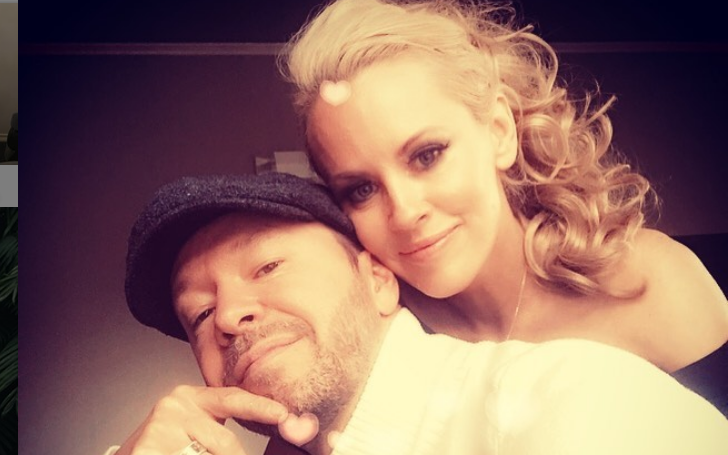 The American actor, singer, Donnie Wahlberg, is the founding member of the band New Kids On The Block. The singer is married to Jenny McCarthy.

'Blue Bloods' star Donnie and his wife are married for five years now. The two shares a unique love story, and we are going to let you know just that.

The couple married in 2014.
Source: JennyMcCarthy/Instagram

Jenny, along with her writing and modeling career, is the host of the hit VH1 show, The Jenny McCarthy Show. She got her significant popularity from the show, but her nude modeling in 1993 for playboy magazine opened the door for new avenues in Hollywood.

But in the latter days, Jenny's talk show helped her in many ways. In fact, she found her love of life from the show itself. The first time Donnie and Jenny met was in 2013 when the actor was invited on the show.

You Might Like: Why Is Nicole Kidman Hesitant To Talk About Her Children? Learn The Facts About Her Kids!

During the show, Donnie and his wife found an instant connection as the two were flirtatious during their talk. Those few minutes were enough for two to find the connection. The couple started seeing each other and got married in 2014 when Wahlberg proposed her with a sapphire engagement ring.

The couple decided they will not have children, but they are the proud parents of three sons. Donnie has two kids from his previous marriage, Elijah Hendrix Wahlberg, 18 and Xavier Alexander Wahlberg, 26, while Jenny also has a son Even Joseph Asher, 18.

Also See: Who Is Mesut Ozil's Wife? Does The Couple Share Any Children?

Meanwhile, the family of five is completely okay with what they have right now, and they don't want to add burdens to the family, adding a new member when they are not ready yet.

Moreover, Jenny's son was diagnosed with autism, so the couple decided to give Evan more time. The pair said they might think of growing after when the two kids have graduated from high school.