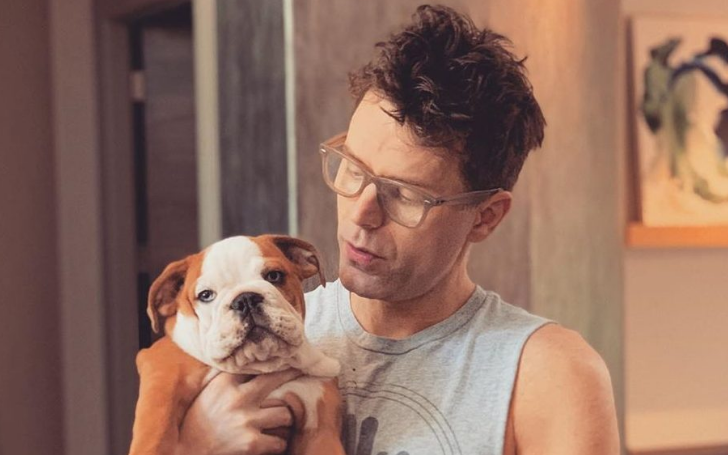 Bobby Bones announced his new children's book "Stanley the Dog and His First Day of School" is coming in Summer 2022.

Bobby Bones is coming up with a new children's book. The radio and television personality announced this week that his book "Stanley the Dog and His First Day of School" will come out in summer 2022.

The reports suggest the book will feature illustrations by Stephanie Laberis; moreover, the book tells the story of Bobby's real-life dog, Stanley, as he faces down his fear about his first day at Doggy Day Care.

Also Read: Here's What You Should Know About Hayley Erbert and Derek Hough's Relationship

Bones took to his Instagram to announce the news. The radio personality posted an illustration of "Stanley" and wrote a rather long post. On the caption, Bobby wrote,

Illustration by Stephanie Laberis. Bobby Bones announced his new children's book, Stanley the Dog and His First Day at School," will come out in Summer 2022.
Photo Source: Bobby Bones' Instagram

"my newest book 'Stanley the Dog and His First Day of School' has been announced!.
It’s about how it’s ok if you don’t fit in at first. And how all your differences make you great! This is the book version of Stanley!"

"Illustrated by Stephanie Laberis! I have already written it. And Can’t wait for you guys to see it. And thanks to @harpercollins for giving me a 3rd book deal!!! Also, we are going to do a lot of good for dogs. Also, follow @mr.stanleybones! Thank you all"

You May Also Like: Russell Dickerson's New Album 'Southern Symphony' is Coming Soon