home Entertainment Who is Brad Womack Dating in 2020? Find Out About His Girlfriend and Dating Life

Who is Brad Womack Dating in 2020? Find Out About His Girlfriend and Dating Life 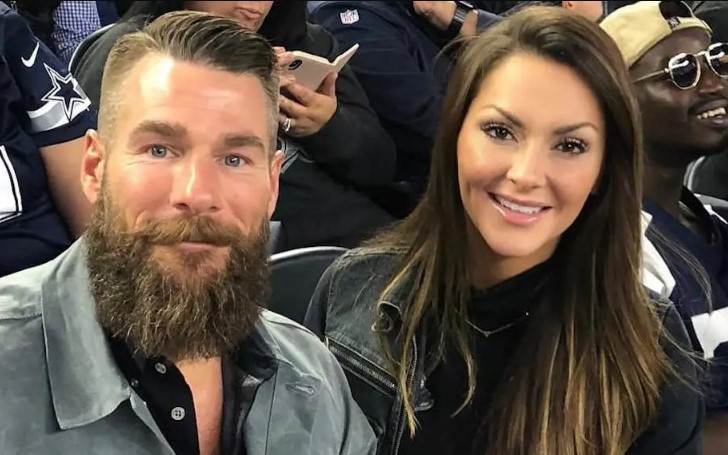 Brad Womack (born Stephen Bradley Womack) is an American entrepreneur who came into prominence after his stint on the reality television show, 'Bachelor.' Brad is the first and the only one who appeared on the show twice.

After appearing twice on the 'Bachelor,' has he found his love yet? During his first time, the entrepreneur failed to pick anyone as the leading man, which also led to some controversies.

Also See: Who is Tegan Nox's Girlfriend in 2020? Find Out Who NXT Star Dating After Coming Out as a Lesbian

Brad, however, was given a second chance on the fifteenth season of the 'Bachelor.' Following his second appearance, he picked someone. Let's find out what happened.

Brad Womack Picked Someone on the Fifteenth Season

After the fifteenth season of the 'Bachelor,' Brad Womack picked Emily Maynard, the couple shared a understanding bonding and eventually got engaged. But, soon the former couple decided to call it off.

Also Read: Bachelor In Paradise's Jade Roper Tolbert Reveals The Reason Of Her 2nd Miscarriage To Be Chemical Pregnancy

Brad and Emily broke their engagement after the finale, but some reports suggest the two reconciled shortly thereafter only to split again in May of 2011. Following their separation, Emily appeared on the season of 'The Bachelorette,' but no luck for Brad.

Following his split with Emily Maynard in 2011, the bar owner has lived a quiet life. Following his breakup, the entrepreneur cut off from all social media, but in 2013, it was reported he dated Ashlee Frazier.

But with Ashlee too, Brad could not stick for too long, then the entrepreneur was linked to fitness model Jena Mayzing in March of 2019. The two were seen enjoying Cowboy's football game, and the fitness model confirmed their relationship later.

Since then Brad Womack is happily in a relationship with Jena Mayzing, the fitness trainer.

You May Also Like: Things Kelly Ripa's Daughter Lola Consuelos Doing in 2020