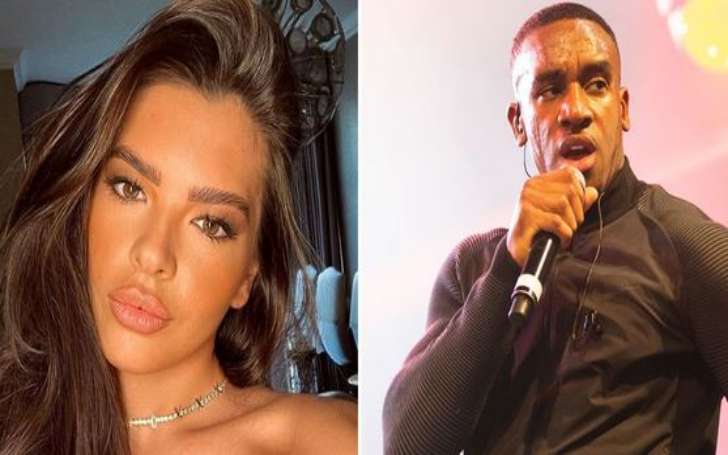 Love Island's Gemma Owen created a huge buzz in the entertainment world after she confirmed dating Bugzy Malone. Gemma is a British woman known for appearing as a contestant on Love Island season eight. The reality star also gathered a wide range of fame through her Instagram post, which she started in 2018.

With her great modeling skills, she has now participated in several modeling shows. Moreover, she is popularly known as the daughter of the legendary football player Michael Owen. Let's learn more about her life, including her love affairs, breakups, etc.

British influencer Gemma Owen often gathers massive attention through her wonderful career and looks. This time she broke the internet after news about her dating her new alleged boyfriend, Aaron Davies, Aka Bugzy Malone.

The two have enjoyed a string of dates and have the family's blessing. Despite an age gap of thirteen, Gemma and Malon seem very comfortable with one another. But things aren't always what it seems.

Gemma is no doubt one of the prettiest women in the world. However, Bugzy stopped the rumors shortly after the internet went into a frenzy. More on the topic, the talented rapper stated that 19 isn't his cup of tea or coffee. As such, the question regarding their legitimacy as a couple ended with Malone's post on Instagram.

Who is Bugzy Malone?

Owen's new boyfriend, Bugzy Malone, is also popular in the United Kingdom. He is a rapper and actor by profession with a huge fan following around the globe. Manchester native is a key artist for starting grime revival in the UK.

His album King of the North peaked at number four on the UK Albums Charts and helped him enhance his popularity. His acting credits include The Gentlemen and Operation Fortune: Ruse de Guerre. In September 2021, he was charged with harming his body during the black pudding throwing festival.

At that time, he told the court that he feared for the safety of his ex-girlfriend and his mother, who were inside his property. In 2020, he even faced a bike accident in Bury, Greater Manchester. After the incident, he left dazed and lying on the bed for several days.

Before having an exciting love journey with Love Island's star, Bugzy had several ups and downs in the relationship. In 2019, the rapper made headlines after proposing to his ex-fiance. However, he has kept the woman's name very secret due to its private nature.

They are believed to have been dating since 2010. After nine years together, Davies bent into his knee and proposed to her during a romantic boat trip to Paris on the River Seine. Well, the response was a big yes from his former partner. The actor announced his engagement through his Instagram account, and people congratulated him for a better future.

Despite so much love, the pair later split without a trace. After Aaron deleted all her pictures from his social media accounts, fans started speculating. Neither of the parties has broken the silence regarding the split.

The reality star, Gemma, also had several affairs and romances in the past. However, her most talked about romance was with her co-Islander, Luca Bish. Recalling their old days, they first met in Love Island Villa for the very first time. The duo made a great understanding throughout the show.

They even came second on the show losing to Davide Sanclimenti and Ekin Su Culculoglu. Everything went as planned; however, after three months of their relationship, they finally called it quits. Gemma revealed the news through her Instagram stories stating. "It was a hard decision, but this is ultimately best for both of us."

"Many of you have been on this journey with us from the beginning, and I want to thank you for your continued support as we start new chapters. Love always, Gem."

Luca also made a gap in social media for a month and later opened up regarding the consciences of the deeds. During the New Year's Eve Party, the Love Islander star was spotted with another blonde bombshell just a week after his split with Owen. The party was at Love Island's winner Davide where Luca was seen enjoying quality time with the mystery woman.

The model, Gemma, not only has a strong career but also holds a powerful family background. She is one of the four children of Legendary footballer Michael Owen. He is a former professional football player who served in big clubs like Liverpool, Manchester United, and Real Madrid.

Currently, he is serving as a sports commentator and racehorse breeder. Owen is considered one of the greatest English players, who has won several titles and awards. The footballer has won the FA cup, UEFA Cup, and Premier League, as well as the most prestigious single title, Ballon d'Or.

Regarding his love life, he met his wife, Louise Bonsall, at primary school in 1984. On 24th June 2005, they tied their wedding knot at the Carden Park Hotel. The couple has four kids: Gemma, James, Emily, and Jessica.

Reality Star Owen has had a wonderful career and enjoys every time of her life. At nineteen, she has amassed a huge name and fame. Talking about her net worth, the model holds a fortune of $600,000 as of 2023. All of her fortunes are from her impressive career. She also signed a contract with SRPR and has done modeling for various brands.

In the 2021 European Championships, she competed internationally as a Dressage rider. As estimated, her annual income is over $80,000 through all her involvements. As a runner-up of Second Island, she also secured a decent amount of remuneration. During the show, she also gathered massive attention by wearing a $21,500 worth vintage necklace.

On the other hand, her father, Michael, enjoys a net worth of $68 Million. With so much name and fame, Gemma is now enjoying a lavish lifestyle. She often flexes her way of life through her 2 Million Instagram account.

Know About: Georgia Steel Net Worth - How Much Did She Make From Love Island?