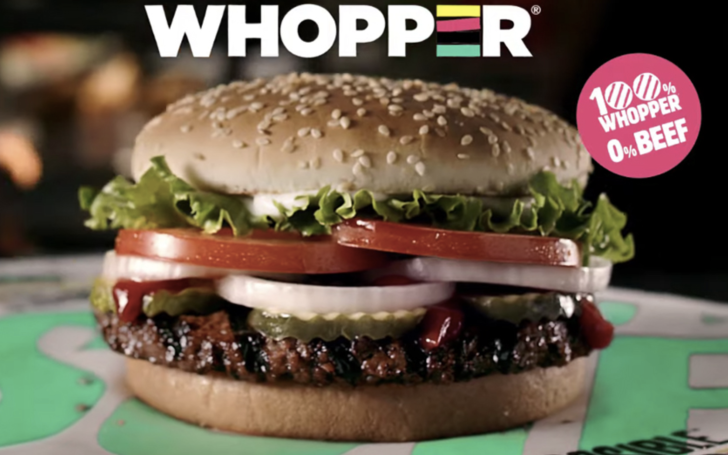 Prat Brown impossible founder, CEO is the one who brought up with the Vegan Whooper shared their concept of a healthy society where killing animals for meat is not required.

For anyone doesn’t know what a 'Burger King' is, it’s the brainchild of 'Impossible Foods'.

You may like: McDonald’s Set To Add A Creepy New Feature To Its Drive-Thrus

"You could sort of think it like a meta April fool's joke in the sense people will get a burger that they would think it is made up from an animal and be told it is made from plants."

Check out a short factory review of the Burger King 'new menu' with a brief recipe explanation and taste comparison with normal meat hoopers.

Burger King’s chief marketing officer, Fernando Machado, shared his survey report saying that customers and employees have been unable to tell the difference: “People on my team who know the Whopper inside and out, they try it and they struggle to differentiate which one is which.”

Must see: Kahlua Finally Releases Espresso Martini In A Can

So, in the evolving market where innovations are made day to day, the Burger King surprised many with a revolutionary idea among the competing food market products like McDonald's vegan nuggets. The whopper will cost $1 more than the beef version.